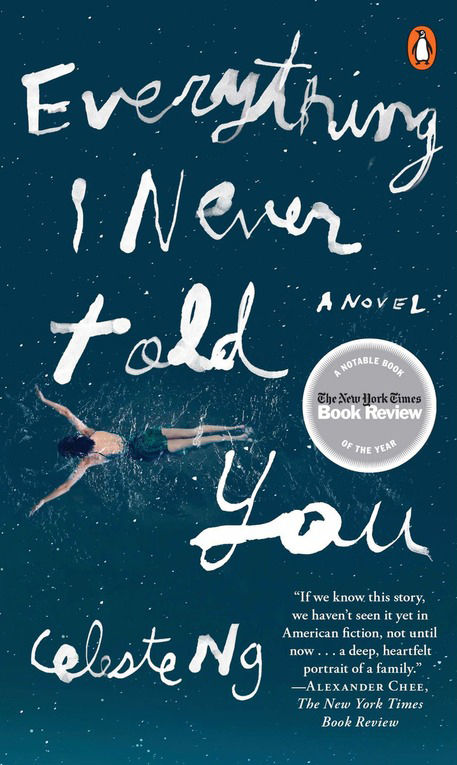 Penn State Harrisburg Reads is a program designed to provide a shared experience among students who read the same book while also creating a campaign that fosters dialogue and engagement about the concepts introduced in the book for the campus at large. Everything I Never Told You  by Celeste Ng is the 202-20210 chosen text.

So begins the story of this exquisite debut novel, about a Chinese American family living in 1970s small-town Ohio. Lydia is the favorite child of Marilyn and James Lee; their middle daughter, a girl who inherited her mother’s bright blue eyes and her father’s jet-black hair. Her parents are determined that Lydia will fulfill the dreams they were unable to pursue—in Marilyn’s case that her daughter become a doctor rather than a homemaker, in James’s case that Lydia be popular at school, a girl with a busy social life and the center of every party.

When Lydia’s body is found in the local lake, the delicate balancing act that has been keeping the Lee family together is destroyed, tumbling them into chaos. James, consumed by guilt, sets out on a reckless path that may destroy his marriage. Marilyn, devastated and vengeful, is determined to find a responsible party, no matter what the cost. Lydia’s older brother, Nathan, is certain that the neighborhood bad boy Jack is somehow involved. But it’s the youngest of the family—Hannah—who observes far more than anyone realizes and who may be the only one who knows the truth about what happened.

A profoundly moving story of family, history, and the meaning of home, Everything I Never Told You is both a gripping page-turner and a sensitive family portrait, exploring the divisions between cultures and the rifts within a family, and uncovering the ways in which mothers and daughters, fathers and sons, and husbands and wives struggle, all their lives, to understand one another. 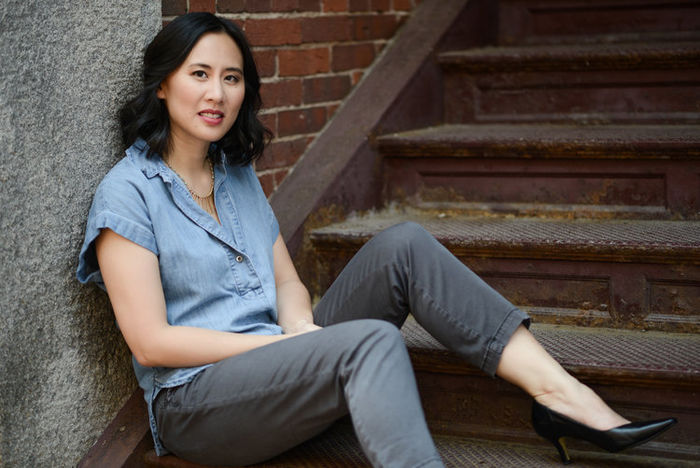 Celeste's second novel, Little Fires Everywhere (2017) was a #1 New York Times bestseller, a #1 Indie Next bestseller, and Amazon's Best Fiction Book of 2017. It was named a best book of the year by over 25 publications, the winner of the Ohioana Award and the Goodreads Readers Choice Award 2017 in Fiction, and has spent over a year on the New York Times bestseller list. Little Fires Everywhere has been published abroad in more than 30 languages and has been adapted as a limited series on Hulu, starring Reese Witherspoon and Kerry Washington. From the Publisher.

Book clubs will kick off on September 7 and meet weekly over four weeks. Book clubs
will be set up at different days and times to accommodate a variety of schedules, as well
as an asynchronous book club for those who don't have a preferred meeting time. You
will read three chapters per week for the book club. Sign up to participate in a book club.

Everything I Never Told You deals with many important topics such as mental
health, sexism, racism, and bullying. These are issues that college students deal
within their everyday lives.

Let's raise awareness in our community about these issues and how we can prevent them or get help if we are experiencing them ourselves.

Entries will be highlighted on the Penn State Harrisburg Reads Facebook and Instagram pages. The five top entries with the most “likes” will be submitted to a panel of judges for a final round of voting.

Winners will receive a $100 study basket and their PSA may be posted around campus and spotlighted on various campus websites.

The Asian Americans Screening and Discussion

Asian Americans is a film series that delivers a bold, fresh perspective on a history that matters today, more than ever. As America becomes more diverse, and more divided, while facing unimaginable challenges, how do we move forward together? Told through intimate and personal lives, the series will cast a new lens on U.S. history and the ongoing role that Asian Americans have played in shaping the nation’s story. (From the website)

Names of All Student Participants Will Be Entered in A Drawing for A Prize!

Participation in Penn State Harrisburg Reads activities will earn you an entry into our prize drawings! Book club meetings, viewing/reading recommended resources, attending a speaker event, and entering our PSA contest earn you entries. Record your participation in each activity here: Entry Participation Form. You must include what you learned or enjoyed about the activity in order to earn a drawing entry

The Division of Student Affairs