Penn State Harrisburg Professor of Psychology Dr. Kimberly A. Schreck has met families who spent thousands of dollars, even remortgaged their homes, to pay for unproven treatments to try to help their children with autism.

Coordinator of the Applied Behavior Analysis master’s program at Penn State Harrisburg, Schreck and her colleague, Professor of Psychology Dr. Richard M. Foxx, are helping families cut through the hype and zero in on the most effective treatments to help children with autism. They want to save families time, money, and disappointment.

Autism is a confusing range of complex neurodevelopment disorders, characterized by social impairments, communication difficulties, and repetitive behaviors. The Centers for Disease Control and Prevention estimates that one in 88 children has been identified with autism spectrum disorder. Boys are four times more likely than girls to have some form of autism.

A relentless condition, autism has far reaching effects on families and individuals, said Foxx. “It’s a constant; it never goes away. They’re such perplexing children. They may show these splinter skills [skills mastered well ahead of a child’s usual developmental sequence], which makes it difficult for parents. It’s maddening.”

Both Foxx and Schreck conduct research on  successful methods for treating autism. In their work with children with autism and their families, they’ve seen plenty of unproven, ineffective methods over the years. Foxx calls them “fad treatments.” Schreck calls them “junk science.”

“Some are out for money. Others really do care about the children, but they’re not testing whether what they are doing works,” Schreck said.

Fad treatments are rampant, Foxx said. “They take advantage of parents who want to do anything possible to help their child. There are these con artists, for lack of a better word. They put out all these methods that ‘cure’ autism or make the child a lot better.”

Fad practitioners give parents false hope with no clinical proof to back up their claims.

A child with autism may need as much as 40 hours of effective behavioral services a week. When a family’s weekly involvement in seeking treatment includes four hours of massage therapy, six hours of sitting with head phones on listening to random sounds, and two hours having the child’s urine analyzed, valuable time is lost for methods that actually work.

“You can’t do it all. This dilutes, and in some cases, goes directly against what you’re trying to do,” Schreck said.

She and Foxx steer families toward applied behavior analysis (ABA), which teaches behaviors through a system of rewards and consequences. The National Institutes of Mental Health, the Surgeon General, and the American Academy of Pediatrics have endorsed ABA as the clinical standard-of-care treatment for autism.

Applied behavior analysis is based on more than 40 years of experimentation with people and animals, using scientifically based principles of learning that apply to everyone, Foxx said. “It’s empirically based. It has accountability.”

Behavior analysis focuses on principles that explain how learning takes place – what causes a new behavior to be learned or an old one to be changed – and relies on scientific methods to study why people behave in certain ways and how the environment impacts behavior. This information can be used to motivate people – everyone from disruptive fourth graders to business
executives – to learn to behave in ways that benefit them. It also helps people to be more effective when teaching and working with others. Behavior analysis principles have helped many different kinds of learners acquire many different skills – from healthier lifestyles to the mastery of new languages.

Positive reinforcement is one such principle. When a behavior is followed by a reward, the behavior is more likely to be repeated. Through decades of research, the field of behavior analysis has developed many
techniques for increasing useful behaviors and reducing those that may cause harm or interfere with learning.

These principles work with any group of people, said Foxx, whose research has illustrated the wide application of behavior analysis and recently was recognized by the American Psychological Association award for Distinguished Professional Contributions to Applied Research. For example, years ago Foxx worked with an airline that sought to use behavioral methods to increase workers’ safety habits on the flight line. ABA principles are also behind the techniques Foxx and co-author Dr. Nathan Azrin recommended in their best-selling book Toilet Training in Less Than a Day.

ABA uses reinforcement to help children with autism in every portion of their lives, having been shown to significantly improve communication, social relationships, play, self-care, and school success as well as reduce problem behaviors such as self-injury and aggression. This can allow a family to go out in public without fear that there will be problems. It means people can live more normal lives – visiting restaurants or going on vacation – once the child learns how to behave in those situations, Schreck said.

Unfortunately, the fad treatments get more media attention than ABA does, Schreck said. She and her students have made a study of the topic, in what they dubbed the “junk science lab.”

Unproven autism treatments like vitamin therapy or facilitated communication get too much press attention in U.S. newspapers and magazines, Schreck said. She recently began analyzing television coverage as well, looking at how many times the media talks about treatments and the number of positive and negative comments.

Parents also get recommendations for less reputable treatment methods from teachers, pediatricians, human services professionals, and other parents, she said. To help combat this problem Foxx co-edited the book Controversial Therapies for Developmental Disabilities with John Jacobson and James Mulick. The book covers a wide range of fads and seeks to educate and equip parents and professionals with information needed to prevent individuals with special needs from being exposed to fads.

Schreck and graduate student Brenda McCants are studying fad treatments from as far back as the 1800s, evaluating how they change over time. When a method stopped making money or hit a legal obstacle, practitioners would change the product name or change who they targeted. The fads did not disappear; they evolved.

With the explosion in numbers of children being diagnosed with autism, she’s seeing the number of opportunists balloon. 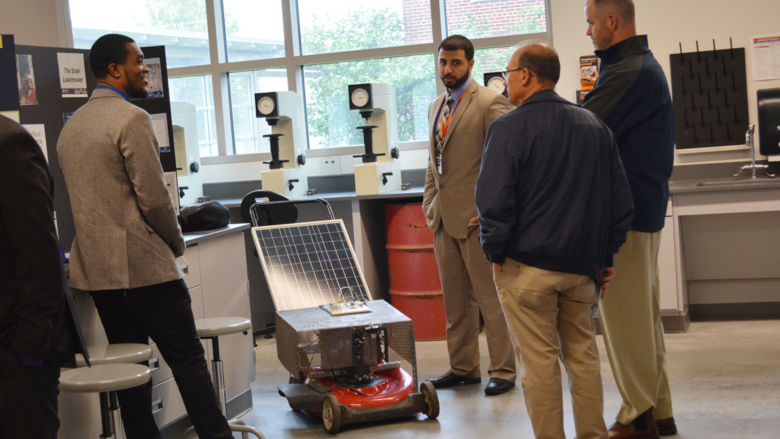