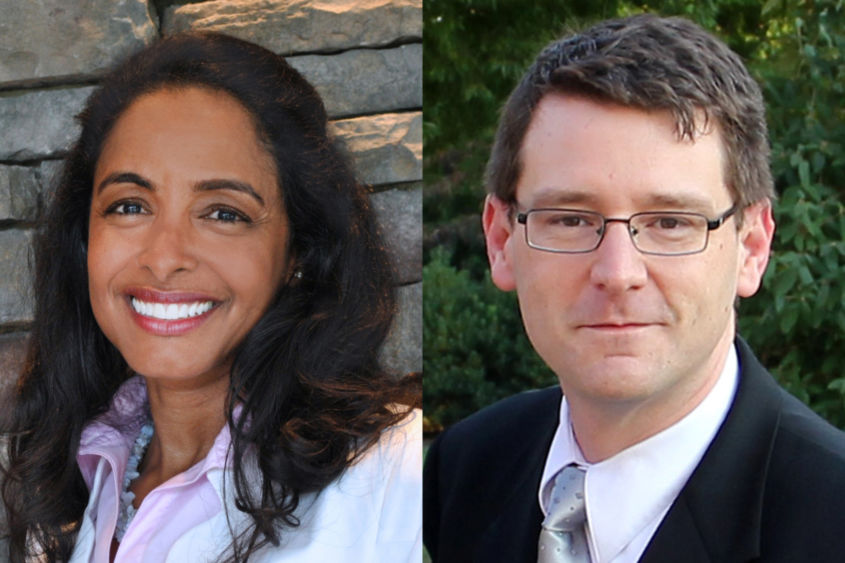 Dr. Patria De Lancer Julnes, director of Penn State Harrisburg’s School of Public Affairs; and Dr. Matthew C. Woessner, 2016-17 University Faculty Senate chair-elect and associate professor of political science and public policy in the School of Public Affairs have been named Committee on Institutional Cooperation (CIC) Fellows. The CIC is the academic consortium of the Big Ten universities plus the University of Chicago.

The Executive Officers Program selects participants who have demonstrated leadership ability through university administrative assignments or through other significant leadership positions in public, private or professional organizations.  They are aided in further developing their leadership and managerial skills.

The Academic Leadership Program assists participants who have demonstrated exceptional ability and administrative promise in further developing their leadership and managerial skills.

Those selected from Penn State for the 2016-17 program have been chosen because of their significant contributions and potential to continue to undertake key leadership responsibilities, which will benefit the unit, University and the individual.

The Department Executive Officers Fellows will participate in a three-day seminar October 6 through 8 in Chicago. The Academic Leadership Fellows will participate in three seminars during the 2016-17 academic year: Contemporary Issues and Ideas, hosted by Indiana University; Internal and External Relationships at Rutgers University; and Money, Management and Strategies hosted by Penn State.

The program is specifically geared toward answering the challenges of academic administration at major research universities. Fellows are appointed to terms of one year and funding is provided by the participating institutions.

For more information on the CIC, visit http://www.cic.uiuc.edu/.