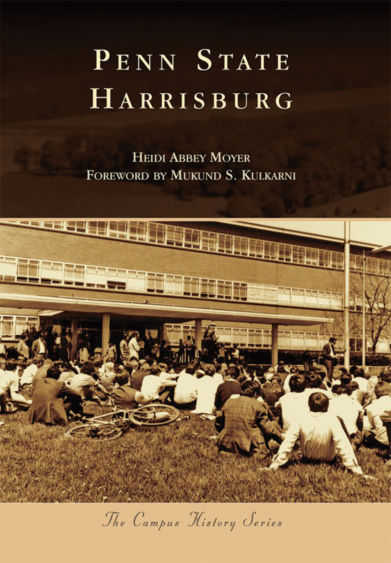 Established in 1966, Capitol Campus as it was first named, was the first upper division and graduate center established in Pennsylvania and one of only three in the nation at the time. Penn State Harrisburg now has served the vital role of bringing a Penn State education to the South Central Pennsylvania region and well beyond for more than half a century.

Located in Middletown, eight miles east of Harrisburg and on the site of the 19th-century Keystone Farm, the college occupies 218 acres that operated as the Olmsted Air Force Base until it was purchased by the University 50 years ago.

Penn State Harrisburg has grown from only 18 students to become a comprehensive four-year college and graduate school with an enrollment of nearly 5,000. Featuring rare photographs and unique publications from the college’s extensive archives, “Penn State Harrisburg” illustrates the college’s journey – the people, places, events, and activities that have influenced its progress since the 1960s. The book is available at the Penn State Harrisburg bookstore and other area bookstores, independent and online retailers, or through Arcadia Publishing.