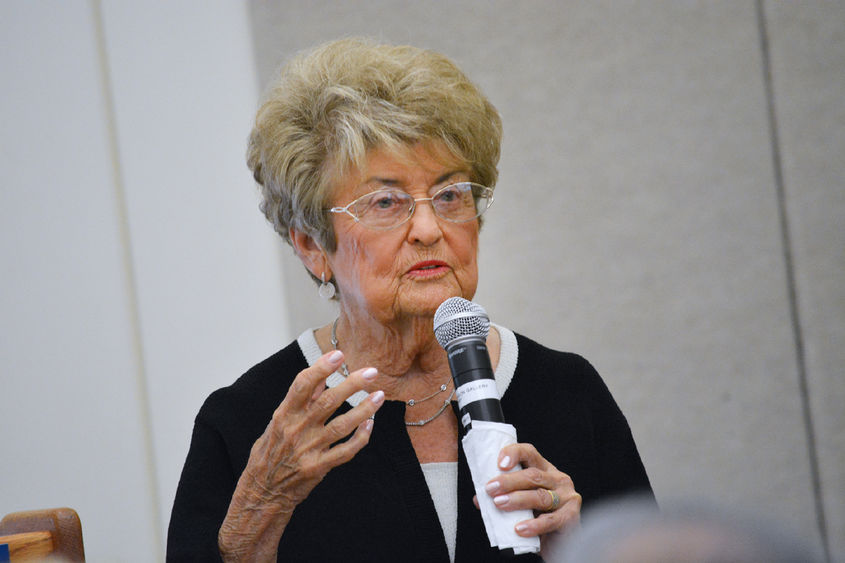 MIDDLETOWN, Pa. — Holocaust survivor Linda Schwab will speak at a virtual event presented by the Center for Holocaust and Jewish Studies at Penn State Harrisburg at noon on Sept. 22. Schwab will discuss her family’s escape during the Holocaust.

Born in Vilna, Poland (now Belarus) in 1935, Schwab spent her earliest years in the lakeside resort town of Mjadel. The family’s serene life ended abruptly in 1941 when German forces occupied Mjadel, forcing them and other Jews to leave their homes and move to a ghetto.

For many years, Schwab declined to speak about her Holocaust experience due to nightmares about it, she said. But in the early 1990s, she began to realize it was important to tell the story of the Holocaust so it would not be forgotten as the generation that experienced it firsthand passes on. Schwab also stresses the importance of young people, Jews and non-Jews, learning about the Holocaust. “They are the bridge to tomorrow,” she said.

Schwab has told her story at schools and colleges, and has participated in Steven Spielberg’s Shoah Foundation project to chronicle Holocaust survivor memoirs worldwide. Schwab, her late husband Morris, and Lois Grass also helped to create the Gesher L’Machar (“Bridge to Tomorrow”) endowment fund, which supports local teenagers who wish to participate in the March of the Living, an annual trip to Poland and Israel to study the Holocaust. She also established a Holocaust essay contest for secondary school students in conjunction with The Patriot News newspaper in Harrisburg, Pennsylvania.

The lecture is sponsored by the Campus Outreach Lecture Program of the U.S. Holocaust Memorial Museum’s Jack, Joseph and Morton Mandel Center for Advanced Holocaust Studies, supported by the generosity of the Jerome A. Yavitz Charitable Foundation Inc., and Arlyn S. and Stephen H. Cypen.

The event is free and open to the public. Click here to register. For further information, contact Neil Leifert, adjunct professor of Holocaust studies, at [email protected].

The Center for Holocaust and Jewish Studies at Penn State Harrisburg, diversity