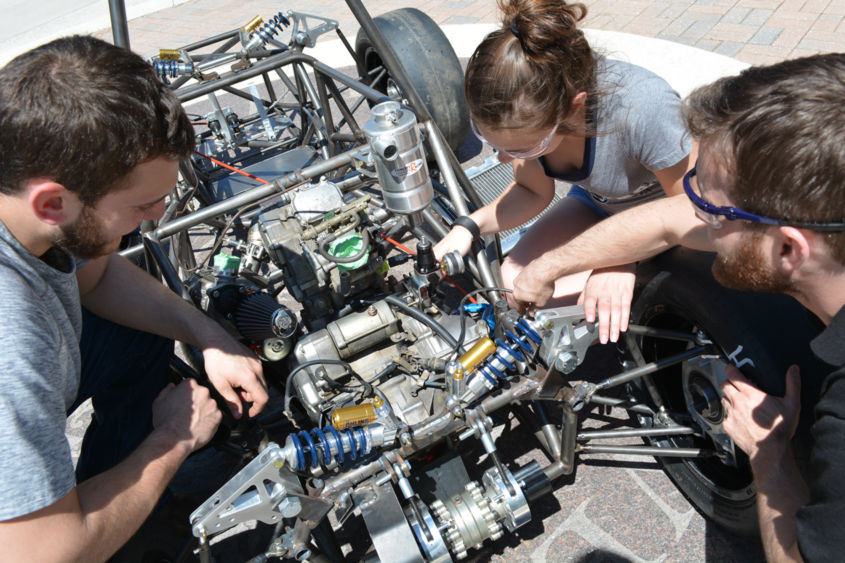 Penn State Harrisburg students traveled to Brooklyn, Michigan, in May 2017 to compete against 120 other college teams at Michigan International Speedway with a race car they built from scratch.

MIDDLETOWN, Pa. — In their spare time, a group of engineering students in the School of Science, Engineering, and Technology at Penn State Harrisburg decided to build a race car from scratch, on their own, with no background on how to do it. That was in the spring of 2015. This May, they took their vehicle to Michigan International Speedway in Brooklyn, Michigan, to compete with 120 other college teams.

Building the car was a labor of love that took countless hours in addition to the students’ already-rigorous schedules as they pursued their degrees in mechanical engineering.

It started with an idea in March 2015, according to team manager Rohan Gaglani. The club members of SAE — the Society of Automotive Engineers — heard about the worldwide Formula SAE competition to design and build a small Formula-style race car based on a set of rules to ensure safety and clever problem-solving.

“When we started at the end of sophomore year, 99 percent of us didn't have any knowledge,” Athreya Nagesh said. “Engineering-wise, we hadn't learned the core principles. We had to understand what we needed to do first.”

They spent their junior year learning design and analysis and how to machine parts. The following summer they started to design. By November of their senior year, they had designed the components of the car on computer-aided design software. In December, they moved to the machine shop to fabricate the parts.

“Nearly everything you see is what we built from scratch,” Nagesh said while showing the car to fellow students on campus a few weeks before its speedway debut.

During their last semester, team members spent 55 hours a week working on the car. They gave credit to Fariborz Tavangarian, assistant professor of mechanical engineering, who kept the engineering lab open for them all night during their final push.

Some members took on different specialties. The car produced senior capstone projects for four student groups, including ones that specialized in air intake and turbocharging; the powertrain; structure and vehicle dynamics; and the electro-pneumatic shifter system.

Tom Palmer was the lead engineer; Rich Wech and Jeffery Bartley led the engine and drivetrain group; Nagesh was in charge of structure; Adrien Levejac took on vehicle dynamics; Jacob Pyron was team leader for the powertrain; and Pranav Jain for electronics.

“You learn to problem-solve quickly and creatively in a team environment,” Nagesh said. “It's amazing the amount of confidence you get in yourself.”

The students also had to learn how to budget and handle their finances, and sought grants and sponsorships to pay for the approximately $50,000 it cost to build their car.

“You're going against teams with six-figure budgets,” he said.

Building the car is great for résumés, team members said. Nagesh already has a job lined up with General Motors. Gaglani will most likely be working for a environmental engineering startup company in California, and has also had an interview with Tesla. Several other team members got interviews for jobs with automotive companies during the competition in Michigan.

The team members see their accomplishment as only the beginning. While the car did not pass its technical inspection, the positive feedback the team received will pave the way for a more competitive showing next year, members said. Next year's students will use this year's race car as a starting point and build on it, so it becomes better every year.

Tyler Kleinfelter, who will be returning next semester, said about 30 students have already signed up for next year's team.

“We'll use this as a base, make improvements, take small steps,” he said. “We'll be optimizing the parts, improving the weaknesses. We will use the competition to analyze.”

Kleinfelter said the technical panel rejected the car because the safety envelope for the driver was a few inches too short. He said the team was disappointed at first, but learned it is rare for a team to pass the technical inspection on the first try. Feedback from the judges was positive and will help next year's effort. Although the students couldn't race, they were able to show off their vehicle in the cost and design competitions.

“The experience was excellent for everyone involved,” he said.

Gaglani said building the car has literally been an effort of “blood, sweat and tears.”

“We had fights, people have bled, we sweated and sometimes we cried,” he said. “It was a humongous project.”

According to Nagesh, “not a lot of engineering students can boast that they built a car from conception to production.” 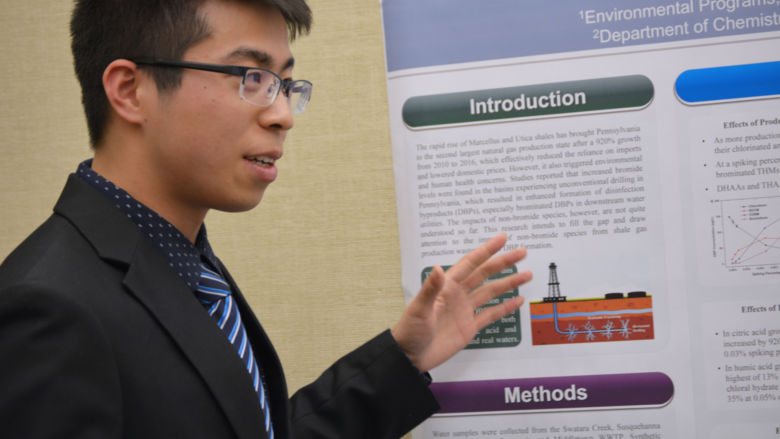 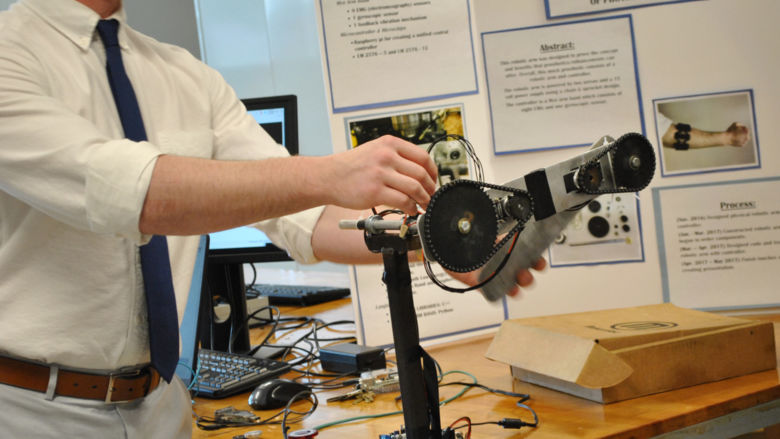