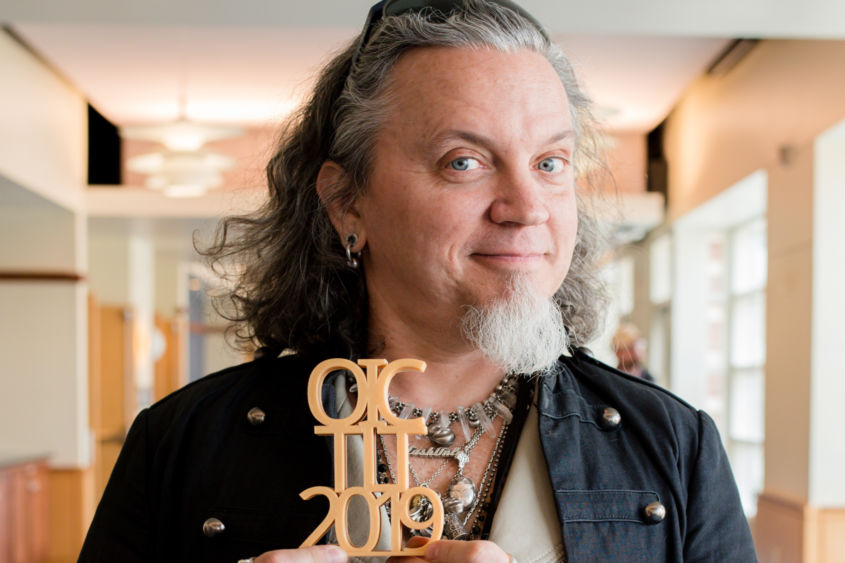 UNIVERSITY PARK, Pa. — A few hours made all the difference when it came to how the Open Innovation Challenge (OIC) at the 2019 Symposium for Teaching and Learning with Technology was won. If Rodney Allen Trice, professor of practice in graphic design at the Stuckeman School in Penn State’s College of Arts and Architecture, hadn’t visited the Dreamery on Jan. 25, the contest’s outcome would have been entirely different.

“I had only even found out about [the OIC] the day the first 250-word pitch was due,” said Trice. “Zach Lonsinger (TLT learning experiences designer) and I met to tour Teaching and Learning with Technology’s facilities and he said, ‘By the way, OIC proposals are due at midnight tonight if you’re interested.’”

Trice had been tinkering with an idea for an immersive, empathy-building project for some time and knew the proverbial iron was hot and the time to strike was right.

“Of course, I had to take the challenge on and hustle to shape a few ideas into the proposal that was due within a few hours of hearing about it,” he said.

Those few hours were enough for Trice to submit a successful proposal that led to a chance to present his project, called “Walk a Mile…” to an audience of more than 500 people at TLT’s marquee event, Symposium, on March 16. While he had weeks to prepare and fine-tune the presentation, Trice still got caught up in the whirlwind of activity that is Symposium.

“Presenting that day was 120 miles-per-hour and before I knew it, I was on stage and my video was running and I was talking,” Trice said. “There was not a lot of time to get fussy or overthink anything. It was exciting and being the New Yorker I am, I loved that kind of challenge.”

For Trice, the challenge was met because his project received enough votes from the Symposium attendees at the Penn Stater to take it from an idea to an actuality. Similar to a career path that has seen him spend 30 years as an art director for magazines such as Essence, People, and Vibe before returning to teach at his alma mater, Trice’s path to bringing “Walk a Mile…” to life took some time.

“In the last few years, I’ve split time between my adult home in New York City and my hometown just outside of Pittsburgh. As I walked the streets of both those worlds, it thoroughly troubled me how polarized we are,” he said, explaining the inspiration for the project.

“‘Walk a Mile…’ was born of my observations in that time, and its goal is to use the impact of immersive experiences to communicate our common struggles and challenges,” Trice said. “Imagine being a part of a conversation at the kitchen table where a black parent talks to their 8-year-old about police violence or standing for a few minutes in the fenced cages full of children at our southern border. It has the power to stimulate the conversations we need to have.”

Discussions of immersive experiences typically center around technology like 360-degree video, virtual reality (VR), and augmented reality (AR). These are still nascent technologies whose promise is growing in the public eye. The global law firm Perkins Coie recently published its third survey on AR and VR, and the number of respondents who see applications for the technology in fields like education, workforce development, and manufacturing grew from the prior two.

On a personal level, Trice was sold on its educational potential from the first time he tried it.

“Way back, a friend had me put on his VR headset and I found myself inside a mud and grass yurt that was barely high enough inside to stand up,” said Trice. “I was standing by a fire in the center surrounded by a tribe of seven or eight weathered men from the more remote regions of South America. At the time, this was my one-and-only VR experience and it went so much deeper than a film or photo. I felt them and their space, and it’s weird because I remember it, now, similar to real-life experience.”

While the Open Innovation Challenge triumph required its share of legwork, now the heavy lifting for Trice and his support team from TLT will begin. It’s work that Kyle Bowen, director of innovation at TLT, said his team is eager to undertake.

“Rodney is extremely talented at producing compelling visual stories and artwork, and his vision for ‘Walk a Mile…’ is inspiring,” Bowen said. "We’re thrilled to work with him and the immersive technology at our disposal to make this happen.”

“I hope to meet with the TLT team as soon as possible to talk about a time frame, the process of shooting the shots, and how to use this project in the biggest way possible,” Trice added.

The current focus for the group working on “Walk a Mile…” may be to gather the resources needed to make it all happen, but Trice’s ambition remains rooted in the future; whether related to his teaching or his OIC-winning project.

“My inspiration for teaching is the future,” he said. “My students are humanity’s future, and what we’re working on each day is the future of graphic design and visual communication.”

“When it comes to ‘Walk a Mile…,’ I would love to see this show travel around the country,” Trice added. “I would love it to inspire people to begin the process of mending we desperately need, and to spark a tide of empathy projects that pierce into real-world spaces and the hearts that most need it.”

Trice was one of five OIC presenters at this year’s Symposium. The finalists were selected from dozens of submissions and given five minutes to present their idea to Symposium attendees. Voting took place from the conclusion of the final presentation throughout the afternoon sessions.

Faculty members who presented their OIC ideas alongside Trice were: 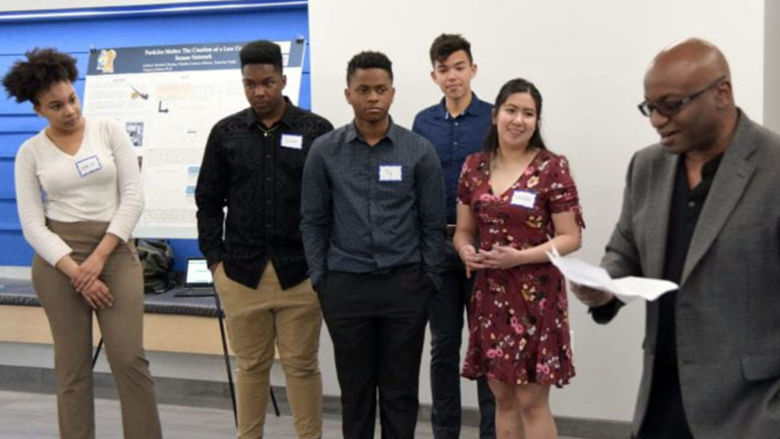 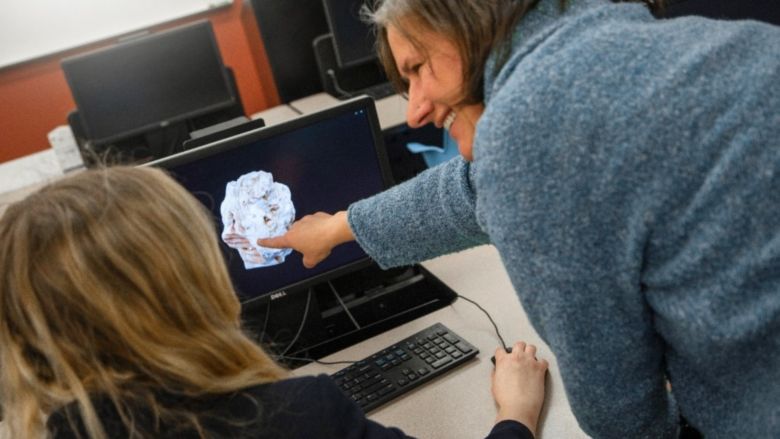 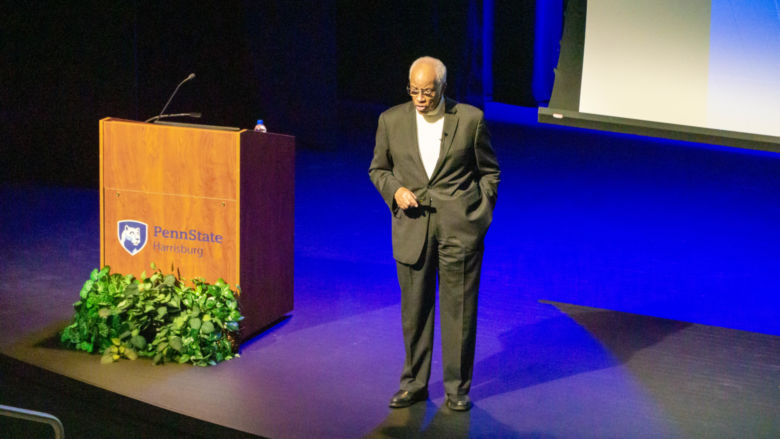 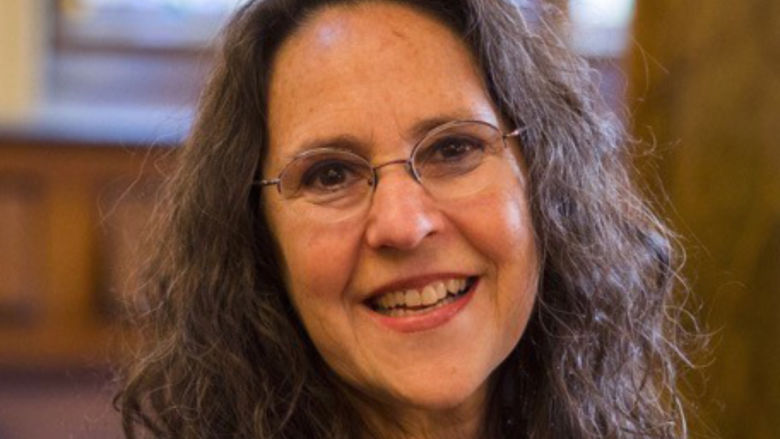 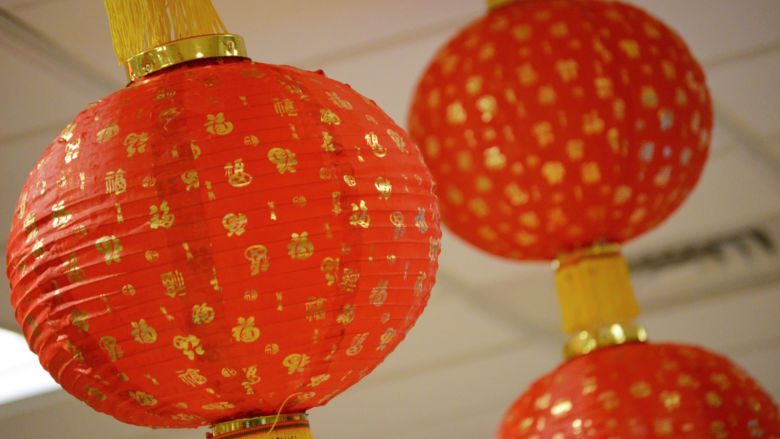