Andrew Butch, a graduate student and U.S. Army veteran, wants to help other veterans with the transition to college.

MIDDLETOWN, Pa. — When Andrew Butch was forced to retire from the U.S. Army in 2017, he felt like the rug had been pulled out from under him.

He had enlisted at age 18 and spent time overseas twice, first in Afghanistan and then in Korea. He’d reached the prestigious unit where he’d always wanted to serve and planned to spend the rest of his military career there.

But vision problems meant he was forced to medically retire instead. It sounds cliché to say that being in the military is more than a job, he said, but it is. With the forced retirement, “I was miserable, at the end of my rope,” he added.

Butch needed a new path and since he had previously graduated from nearby Middletown High School, coming to Penn State Harrisburg just made sense, he said.

He didn’t find fulfillment in the first major he chose and soon switched to psychology and sociology. He recalls reading a quote from a philosopher, Viktor Frankl, about how suffering ceases to be suffering when it finds meaning.

“I took that and applied it to my situation,” Butch said. “Maybe I can use those experiences … to benefit others.”

Now a graduate student earning his master’s in applied clinical psychology, Butch and others on campus are working to better connect student veterans with the resources and support they need.

“This transition is very difficult for some people. I want that not to be such a turbulent time for people to deal with,” he said. 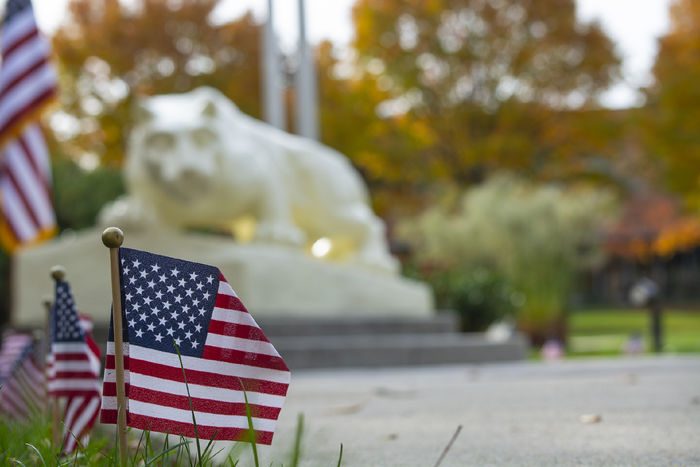 Butch is a graduate assistant for the Douglas W. Pollock Center for Addiction Outreach and Research. Veterans can sometimes have higher rates of substance use disorder, and part of the center’s work is acting as a hub to connect veterans and their families with the extra support and services they need.

“Veterans know each other best. We try not to step on their feet,” said Weston Kensinger, director of the Pollock Center and associate teaching professor of biobehavioral health in the School of Behavioral Sciences and Education.

One of the Pollock Center’s goals is to develop a SERV (Services, Education and Resources for Veterans) team. The idea is to identify a champion in each campus department who understands veterans and their needs, so student veterans don’t have to go far for help — whether it’s an on-campus issue, mental health assistance or navigating Veterans Affairs issues.

“The overarching goal is to connect veterans to the services they need,” Kensinger said.  “Whether it’s veteran to veteran, or just a champion who has an interest in this. They may not have previous military experience, but they care and want to help. [We want to] build a culture of support for veterans on this campus, recognizing they have unique needs.”

Butch emphasizes that it’s not about making anyone a subject-matter expert, but rather just a compassionate listener. He has additional ideas for bringing suicide prevention and other kinds of training to campus to help the community become more familiar with the unique struggles and challenges of student veterans.

In September, Butch brought a meeting of the Capital Region Veterans Coalition to campus, something he hopes will become a regular feature each semester.

The coalition was co-founded by another Penn State Harrisburg student, Ryan Allman, who retired in 2020 after 21 years with the U.S. Army. The coalition brings together representatives of many veterans’ organizations from the region to share their expertise and experiences.

At the September meeting, a common theme was how organizations could reach veterans or encourage them to reach out for help when they need it.

Allman is among students trying to reinvigorate Chi Gamma Iota, better known as XGI, the student veteran organization on campus.

“My biggest thing is connecting,” said Allman, who is treasurer of XGI. Whether someone leaves the military when they’re 20 or 40, he said, that common experience bonds them. “The thing that brings us together is our service.”

He encourages students who have family in the military to join, too, and hopes to make connections across other student organizations as well as in the community. For Allman, who will complete a degree in psychology this semester, health and wellness are the keys.

“How do we focus on health and wellness for student veterans or veterans in general?” he said. “How do we as a club focus on veterans and making connections with them?”

Those connections are what everyone hopes will encourage veterans to reach out for help when they need it.

Butch thinks there’s still a stigma about asking for help — that some veterans think they shouldn’t need help or didn’t earn it. But trying to manage alone can be frustrating and cause issues to fester, he said, and could lead to bad decisions.

As he finishes his master’s degree, his research is focused on barriers veterans face seeking help. He hopes to pursue a doctorate after that.

“Over the years I have lost too many friends to suicide, so that specific interest for my work, doing research, writing, and presentations, felt like the only thing to do,” he said. 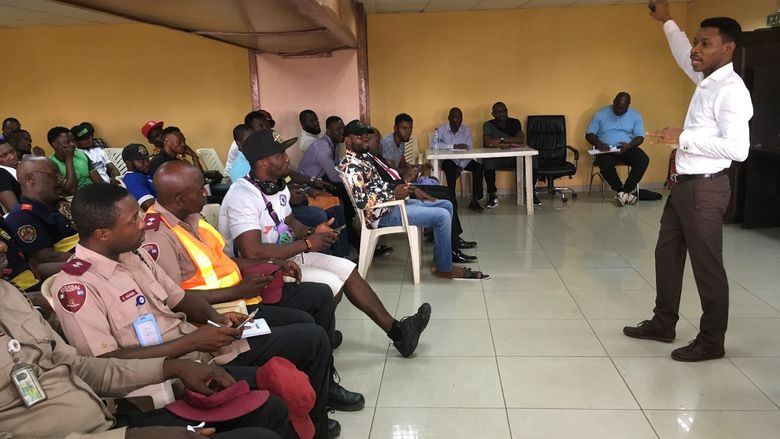