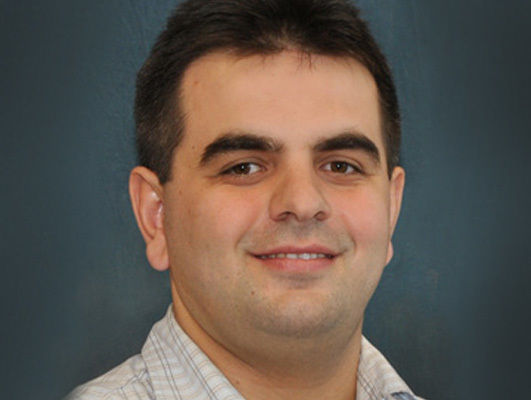 Economics faculty member tapped to serve on accreditation board in Albania

MIDDLETOWN, Pa. – Indrit Hoxha, associate professor of economics in Penn State Harrisburg’s School of Business Administration, has been selected to serve on the Accreditation Board of Quality Assurance Agency in Higher Education in his home country of Albania.

The board’s mission is to ensure quality in higher education through external and internal evaluations, maintain quality standards, and promote and improve the quality of higher education institutions and study programs they offer.

“The idea is they want to make sure that they raise the quality of education and make sure there is no conflict of interest,” Hoxha said.

Hoxha was one of 11 members selected to serve for a four-year term on Albania’s Accreditation Board. Six of those selected were Albanian, and five were international. Hoxha was the only one from the United States.

During the first visit to Albania in September, the board members met with government officials, including the prime minister, university presidents, and the experts managing the Quality Assurance Agency in Higher Education.

Hoxha was selected onto the board because he has been actively involved in the internal quality assurance processes within Penn State Harrisburg, especially with the Association to Advance Collegiate Schools of Business (AACSB).

“Given my experience at Penn State Harrisburg with accreditation processes and overall experience as a professor, they reached out,” he said.

Wanting to help his home country of Albania, Hoxha is hoping to take the skills he has learned from the United States and use them to improve higher education in Albania.

Hoxha’s duties as a member of the Albanian Accreditation Board mirror the duties of U.S. accrediting institutions, such as the Middle States Commission on Higher Education, that accredits Penn State, and the Association to Advance Collegiate Schools of Business, that accredits Penn State Harrisburg’s School of Business Administration. First, there is an internal evaluation where the university analyzes how they are doing in comparison to the standards set by the government and previous accreditation board.

Then, there is an external report where experts, vetted by the accreditation board, visit the universities and conduct their own evaluation on how it is doing in comparison to the standards. The Accreditation Board receives both reports, and Hoxha’s job will be to come to an agreement with the rest of the board about who should have accreditation or not and for how long.

“It’s a big responsibility, and at the same time, it’s a great honor actually to be serving on (the board),” Hoxha said.

Since there will only be six meetings per year, Hoxha can still teach at Penn State Harrisburg and serve on the board. For some of the meetings he will have to go to Albania, but for others he can attend virtually.

“Everybody has a desire and willingness to help their own country,” Hoxha said. “While still being able to work at one of the best universities, Penn State, I (will) still be contributing back to my country and sharing my expertise as a scholar.”