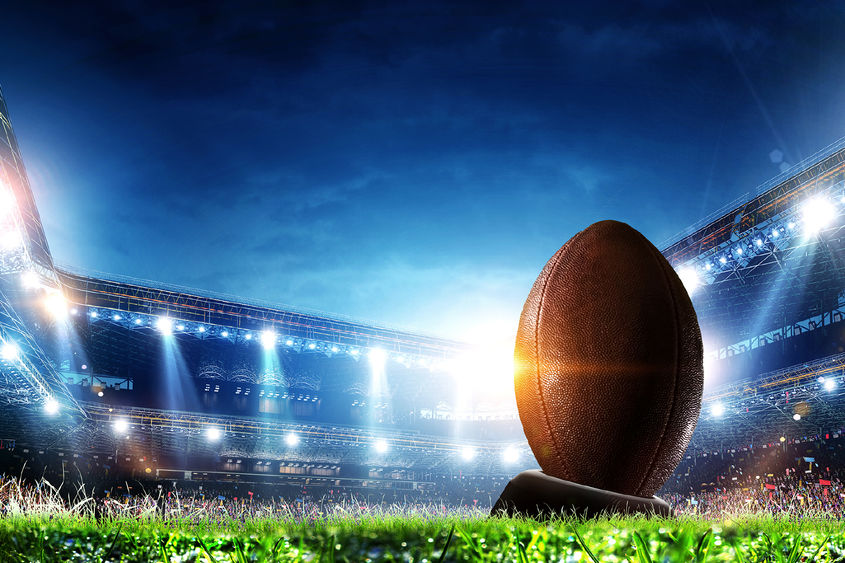 MIDDLETOWN, Pa. — The coronavirus pandemic caused the most significant interruption of the sporting world in modern history. Across the globe, stadiums were shuttered, arenas were vacated, and fields were empty as sports events were canceled or postponed. Throughout the United States, amateur, college and professional sports saw their seasons fade into uncertainty as coronavirus cases rose.

Then, in spring/summer 2020, with the success of the NBA’s playoff “bubble” at Walt Disney World in Orlando, Florida, all eyes turned to the NFL to see how it might pull off a full season during a pandemic.

Penn State Harrisburg alumnus Jeffrey Miller, vice president of security for the NFL’s Kansas City Chiefs, played an important part in the league's efforts. Conducting a full slate of regular season and postseason games while managing the challenges of the coronavirus was a tall task. Miller credits the league’s success to a multifaceted strategy.

“The NFL chief medical officer really worked hard with his staff to develop what we thought would be effective mitigation strategies,” Miller said.

The medical committees from the league and the NFL Players Association (NFLPA) worked together to develop the plan. Players were free to opt out of playing the 2020-21 season with the understanding that they would not be able to return midseason. Each team named an infection control officer. The Chiefs had one for Arrowhead Stadium and one for their practice facility. They also developed an infectious disease emergency response plan for both sites, which had to be approved by the NFL and the NFLPA. Miller served on the committees that worked on those plans for the Chiefs.

Miller added that many of the events and practices leading up to the season were done virtually. “We did a virtual draft last year for the first time,” he said. “We also did a lot of virtual organized team activity training instead of having players come into the facility.” He said that as training camp approached in late summer of 2020, it became obvious that that, too, could not be conducted as it had in the past.

The league required all players and other personnel to wear a smart tag, a device that monitored the physical distancing and time of their interactions and provided contact tracing information for any player who tested positive. They also enforced numerous other health and safety protocols, including automated temperature checks, and a lot of testing, according to Miller.

“In the beginning, we were tested every day — players, coaches and staff — and we also restricted access to the facilities,” Miller said. “My team and I served as gatekeepers for access to the facility. We basically had to shift gears and have many people work remotely.”

A cautious 'welcome back'

The Chiefs were one of the first teams to welcome fans to its stadium amid the pandemic. Their kickoff game was the first major event in the U.S to have fans, according to Miller. It was not a decision made lightly.

“A lot of people had concerns with it. We had to work with our local health department to get approvals to host fans. We focused on how we were going to reconfigure the stadium environment and layout, how fans would enter and exit, overall security — everything inside and out,” he said.

The Chiefs were approved for 20% of fans in attendance. Miller said that the highest number of fans they hosted during the season was 16,000 for one game during the playoffs. The open-air stadium is the NFL’s sixth largest and normally seats 76,416.

With this decision, Miller and his staff had the unique responsibility of addressing the multitude of possible threats to large scale sporting events — everything from terrorism to unruly fans — with the new dimension of COVID-19.

“We had fans every week,” he said, “and were one of the teams the league could learn from as more teams were expanding to add fans.” 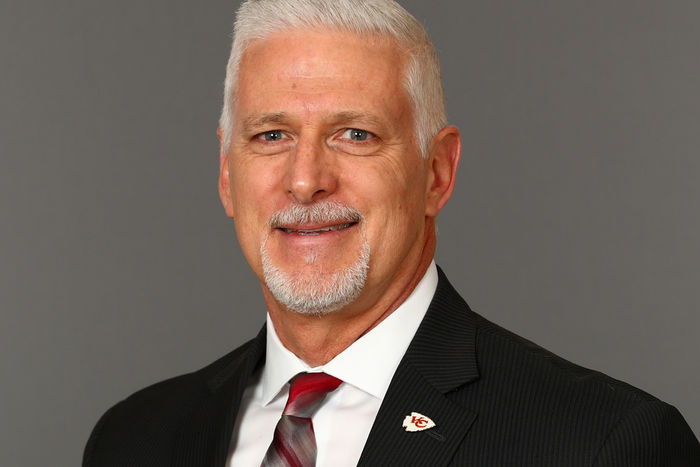 Jeffrey Miller, who earned a master's degree from Penn State Harrisburg in 2001, is vice president of security for the NFL’s Kansas City Chiefs. He previously served as commissioner of the Pennsylvania State Police and spent eight years as senior vice president and chief security officer for the NFL in New York.

Protocols for fans included social distancing and mask wearing unless actively eating or drinking. The gates and security posts were reconfigured to safely host fans. Seats were zip-tied to promote social distancing. The Chiefs’ IT group also created an app that employees could use to answer COVID-19 screening questions.

“There was a learning curve for the fans because, as we know, there has been a lot of interpretation about the threat of the virus and questions such as why masks are needed outdoors,” Miller said. “We had to educate people and stress that masks were a requirement for us to be able to host games with fans.”

Miller noted few instances of noncompliance. “We had a media person refuse to wear a mask — we allowed for lowering of masks for on-air broadcasts because they weren’t near anyone, but they had to put them back up. … We wanted to gain voluntary compliance from everyone with the mask wearing. When the reporter did not comply, we had to eject them.”

Another incident happened during the playoffs when a high-profile guest refused to wear a mask. They were given multiple warnings and other guests reported them. The police were called and after an ensuing scuffle, the guest was arrested and removed. “That’s how serious we took this,” Miller said.

When the playoffs started, the Chiefs implemented more intensive protocols after data from the smart tags across the league showed how contagious the virus was. These protocols had previously been used only if there was an outbreak on a team, according to Miller.

“We started testing twice a day,” he said. “Our players were not in a bubble like the NBA. They were going home at night but were on strict orders not to stop anywhere and limit access to only those in their home.”

Miller said that the traditional security policies basically stayed the same during the coronavirus season. The NFL has best practices for stadium security, and as Miller noted, “Even if you have events with fewer people, you still have the same security plan in place.”

To help remind guests to wear masks, Miller enlisted the help of guest services employees who walked up and down sections holding signs that read “Masks are Mandatory” and “Stay Socially Distanced.” Miller said that for the most part, there was compliance, adding that when they did have to enforce their policies, they received messages of gratitude from fans.

“It was very important for people to be comfortable coming [to the stadium],” he said.

Miller, a longtime law enforcement and security professional, is the former commissioner of the Pennsylvania State Police, retiring from the agency in 2008 after 24 years. He then spent eight years as senior vice president and chief security officer for the NFL in New York. He has been to 10 Super Bowls. This year’s, of course, was the first during a pandemic. He said that despite having fewer fans in attendance, this Super Bowl required the same kind of security preparation and execution as any other. For such an event, the NFL security department, which Miller formerly headed, coordinates with federal and local agencies, as well as personnel from each of the teams involved.

Miller, who earned a master’s degree in public administration from Penn State Harrisburg’s School of Public Affairs in 2001, said that there is a lot to learn from events during the pandemic that will translate going forward.

“Everyone is anxious to have live events, and I think the first ones we’ll see coming back are obviously the ones occurring outdoors. But until vaccinations are at 70% to 80% of the population, I think we are going to have to wear masks and continue other safety precautions until we get to that critical point,” he said.

He added that questions remain about what events will look like in the future. “I think that there may be some tapering back of the events that surround the main event. For example, the iconic events that surround the Super Bowl — NFL Honors, opening night, Radio Row — were all done mostly virtually this year. I’m sure the NBA and Major League Baseball all-star games will do some of the same,” he said.

Reflecting on the season, Miller said that the biggest challenge was adjusting to all the changes in real time. “Normally, for example, the NFL schedule is set in stone,” he said. “This year, everything had to be ready to shift on a dime.”

Miller said it was rewarding to have the Chiefs play a big part in what the NFL accomplished during the pandemic, especially with rosters and personnel as large as they have.

“We played all regular season games and playoff games without losing a week in our schedule, all the way through the Super Bowl,” he said. “That took a great deal of effort. All 32 teams had to make sacrifices to make that work.”

As for his personal planning, Miller said he will continue working with the Chiefs and acting as the primary liaison between the club and the league on security matters. After a decades-long career in security, Miller also sees a role for himself as a teacher.

“This is a unique opportunity — a good opportunity for me to mentor people and try to offload some experience I have that can help young professionals,” he said.