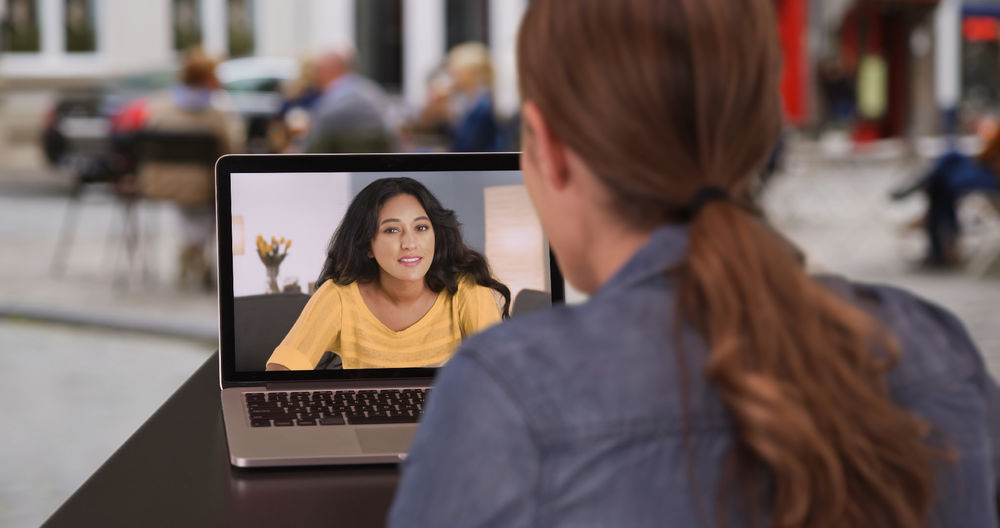 This summer, due to the COVID-19 pandemic, PaSSS participants acclimated to college life from home.

UNIVERSITY PARK, Pa. – In a typical year, the  Pathway to Success: Summer Start (PaSSS)  program helps undergraduates at Penn State’s Commonwealth Campuses acclimate to college life during the summer before their first semester. Of course, 2020 has been anything but typical. Could the program provide an on-ramp to college without physically bringing students to Penn State’s campuses?

This was the million-dollar question for program administrators, who had to reinvent PaSSS in the face of COVID-19 this past summer. In an era of remote teaching and learning, program leaders translated the robust, multi-faceted experience into a format which students could complete from home, and the results have been inspiring.

“We paused to consider whether or not we should attempt to deliver PaSSS remotely, and it was a tough decision, but we are so glad we did,” said Penny Carlson, who provides central University leadership for PaSSS. “Faculty and staff at every campus rallied around the program, and by the end of the summer we had seen tremendous learning and growth in participants.”

The six-week program, which is now offered at 16 Penn State campuses, serves students who are the first in their families to attend college, come from low-income families, or attended under-served high schools in urban or very rural areas.

During the program, which includes a scholarship for tuition and books, participants complete two three-credit courses, receive math and English instruction, and participate in educational workshops with a cohort of fellow students at their campus. PaSSS aims to help students acclimate to college-level learning; build a supportive network of faculty, staff and peers; and get a jump start on their degree programs before taking a full course load in the fall. This summer PaSSS served 320 incoming first-year students.

Opportunities that are typically offered in person — courses, workshops and social interactions with peers — took place largely through Zoom. As a result, students reaped the unique benefit of acclimating to the remote teaching and learning environment they would encounter in the fall. This was the case for Hannah Olanrewaju, a native of Erie, Pennsylvania, who participated in PaSSS at Penn State Behrend. 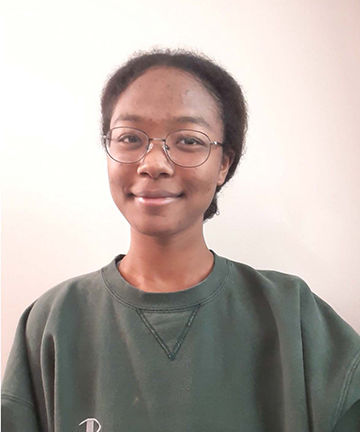 “Before COVID-19, I didn’t even know what Zoom was, but by the end of the summer I was delivering presentations through Zoom and sharing my screen like a pro,” she said. “This fall, I notice that I’m navigating not only Zoom, but also platforms like Canvas, Outlook and LionPath, more easily than some of my friends who didn’t participate in PaSSS.”

Olanrewaju credited the growth of her tech skills to her two three-credit courses, along with the Tech Academy, an online, self-paced module which provides PaSSS participants with an overview of Penn State’s technological platforms.

Given the inevitable gap between a Zoom room and an actual Penn State classroom, the faculty, staff and peer mentors who implemented PaSSS this summer took extra measures to make students feel like Penn Staters.

This year’s program introduced, for the first time, a virtual lunchtime workshop series offered to all PaSSS participants across the University. The series, which featured high-profile speakers including University President Eric Barron and Head Football Coach James Franklin, addressed co-curricular topics ranging from financial literacy to health and wellness. By bringing together PaSSS students from every participating campus, the series reinforced a sense of belonging to Penn State as one university geographically dispersed.

Naimah Dristi, a Penn State Brandywine student from Upper Darby, Pennsylvania, said that she particularly appreciated the lessons on mental health and wellness.

“I find myself using the meditation strategies I learned in the workshops to keep my emotions in check during the pandemic,” said Dristi, who is learning from home this fall.

Dristi added that she and her fellow PaSSS participants have kept alive conversations that were begun in the workshops using social media, where they continue to support one another through their first semester.

Another tool for community-building proved to be the lunchtime workshops held at each campus, which further emphasized co-curricular topics. Victoria Pham, a PaSSS mentor at Penn State Abington who helped to lead the campus’ workshops, used the sessions as an opportunity to connect students with critical campus resources. 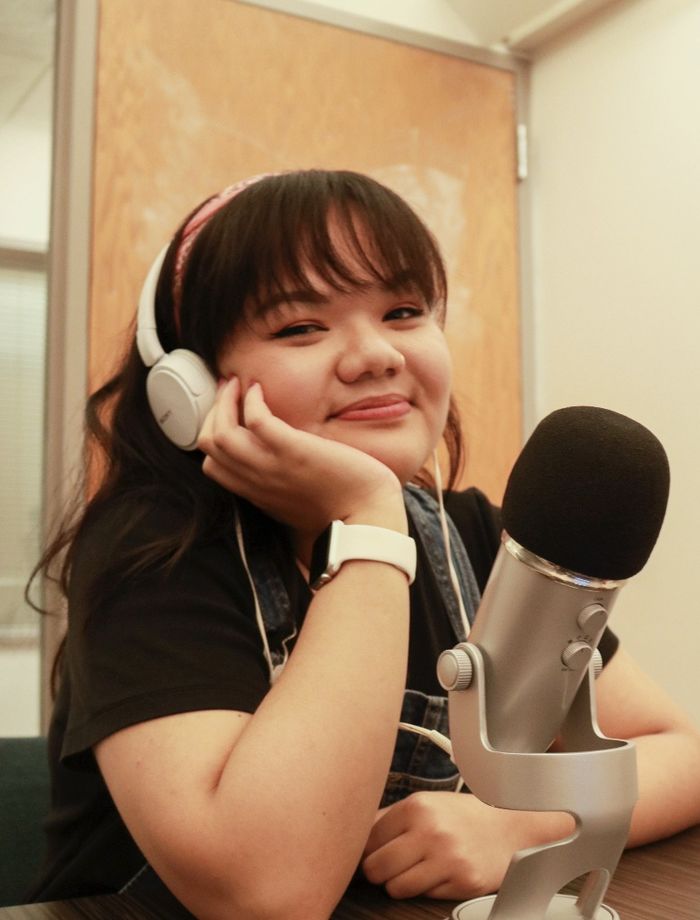 Victoria Pham is a PaSSS mentor at Penn State Abington. Here, she is pictured producing a podcast wit her friends.

“We reminded students that even though they are not physically on campus, they still have access to so many great resources,” she said. “Our workshops covered skills students will need to succeed in college and in life, such as time management and networking, and they introduced students to Penn State faculty and staff who can help with these skills.”

In addition to co-curricular topics, PaSSS students received support in core academic subjects through the Math and English Academies held at individual campuses.

The Math Academy aims to help students improve their scores on the ALEKS math assessment, which determines placement for Penn State’s math courses. When students score higher on the assessment, they can bypass foundational math courses and accelerate progress toward their degrees. Kailee Shotto, who participated in PaSSS at Penn State Harrisburg, found the Math Academy to be especially beneficial. 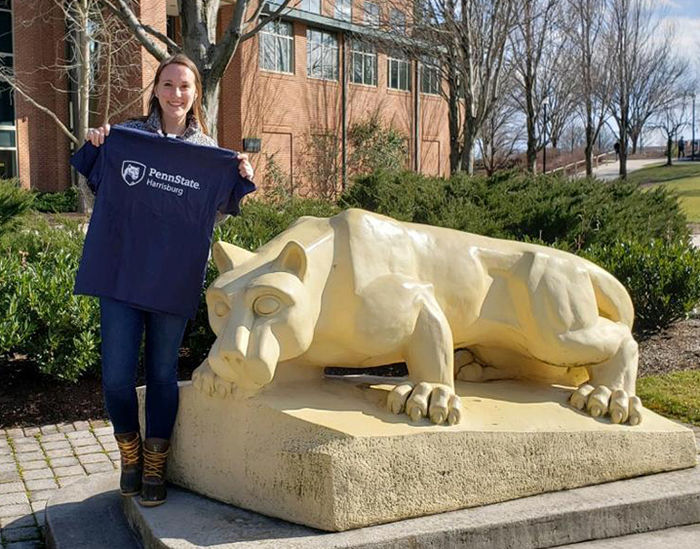 “Before the summer, I hadn’t taken a math class in two years, so I’d forgotten what I’d learned,” said Shotto. “When I first took the ALEKS assessment, I placed into a math course I’d already taken in high school. The Math Academy completely refreshed my memory, and when I retook the test at the end of the summer, I placed into calculus.”

Taking calculus as a first-year student will allow Shotto to enroll in the chemistry and biology courses she will need for her food science major earlier than would have otherwise been possible.

At 10 campuses, students who needed extra support in English had the option to participate in the English Academy, which prepares students for college-level writing, reading and communications. The English Academy, which was piloted last summer at the Behrend and Scranton campuses, was implemented across eight additional campuses this summer using a curriculum developed by Japer Sachsenmeier, a composition instructor at Penn State Behrend, and Corinne Nulton, an undergraduate adviser at Penn State Scranton.

Sachsenmeier, who taught the English Academy at the Behrend campus this summer and last, explained that the offering is made richer by the diversity of its participants. 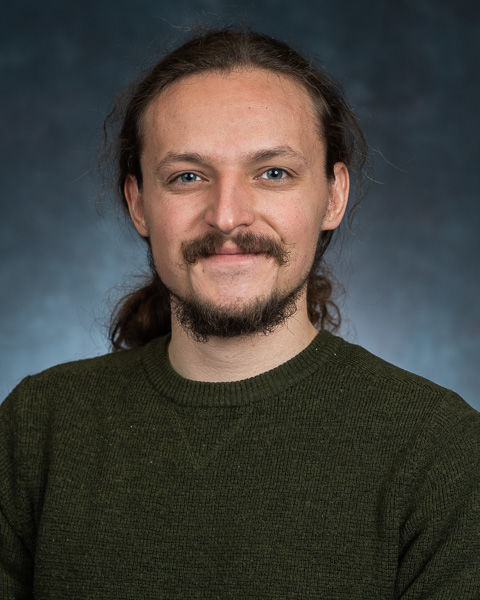 “At Penn State Behrend, the English Academy serves a large number of refugee students, along with native English speakers,” he said. “Students can learn so much by interacting with peers from different backgrounds — not only about the English language, but also about different cultures and about themselves.”

While most aspects of PaSSS survived social distancing requirements thanks to Zoom and other technological tools, one element was put on hold. PaSSS typically places students in part-time jobs on campus during the summer so that students can earn extra income and built resume experience. While this was not possible this year, program leaders are working hard to place students in part-time jobs this fall.

Program leaders are looking on the bright side, though, and considering the lessons they learned from this unprecedented moment in history. Once PaSSS is able to take place in-person once again, Carlson explained that she hopes to retain elements that were developed during COVID-19.

“We plan to maintain several programs components that worked well this summer, especially the virtual lunchtime workshop series,” she said. “While we look forward to returning to a version of campus life as we knew it, we also hope to learn as much as we can during these unique times.”

The PaSSS program is part of Achieve Penn State, an initiative which supports hard-working students and their families by helping them plan for their future by eliminating obstacles so they can graduate with lower debt and in less time. Achieve Penn State programs support students and families through institutional scholarships, summer school and on-campus employment, financial literacy and campus transitions to help students experience all that Penn State has to offer.