The Center for Holocaust and Jewish Studies of Penn State Harrisburg will present a discussion by Holocaust survivor, Hilda Mantelmacher, on Tuesday, November 13, 2018, at 9 a.m. in the Olmsted Gallery Lounge, room W107. Hilda will be speaking about her experiences before, during and after the War.

Hilda Mantelmacher was a Czech Jew sent to Auschwitz in 1944 and later force-marched to Bergen-Belsen in eastern Germany. She spent time after the Holocaust in Displaced Persons camps in Europe before emigrating to the U.S. Hilda lives in Harrisburg and has two daughters.

Hilda passionately recounts her stories about being a Jewish child during Nazi rule and a prisoner at two camps. While showing a video documentary on the liberation of Bergen-Belsen by British forces in 1945, Hilda shares anecdotes of her chilling experiences.

The event is free and open to public. Registration is not required.  For additional information, contact Prof. Neil Leifert, Center Director, at 717-580-2954, or by email at [email protected]. 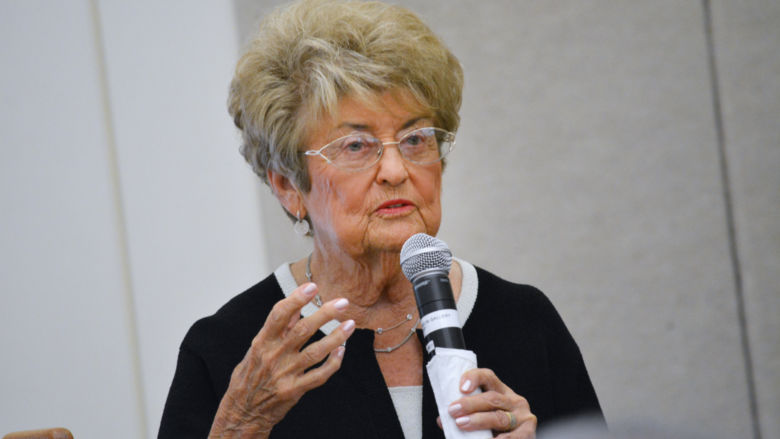