UNIVERSITY PARK, Pa. — Experienced teachers know that behind every great lesson is a solid lesson plan. Aspiring educator and recent Penn State Harrisburg graduate Mackenzie Hill has proven her ability to put together a winning plan — not only for her lessons, but also for her life. 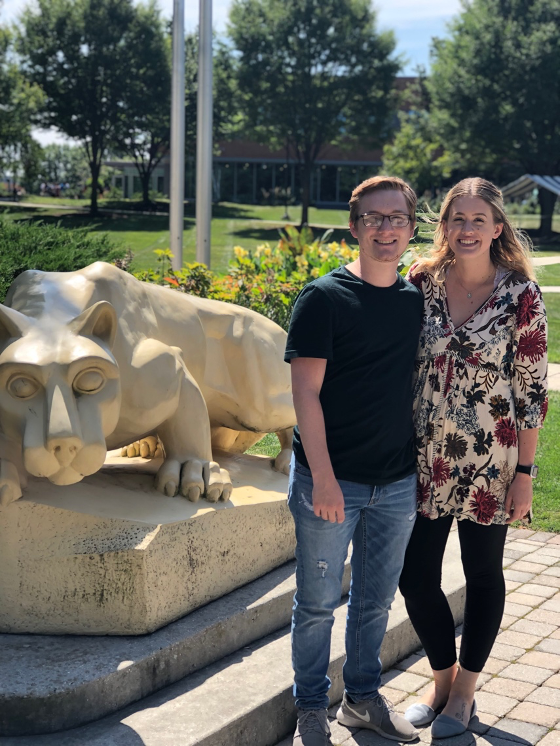 Hill recently completed a bachelor’s degree in secondary education English, and this feat was made possible thanks to careful planning on Hill’s part and support from the  Complete Penn State  program, which supports undergraduates in their final one or two semesters. With her Penn State degree now in hand, Hill is poised for a career as a high school English teacher.

“This milestone is definitely bittersweet,” she said. “I’m extremely proud to have graduated and earned a credential I’ll need to pursue my dream career, but of course it’s hard to say goodbye to Penn State Harrisburg, which has provided me with so many memorable experiences and made me feel supported every step of the way.”

Hill grew up in southern California, but central Pennsylvania was a home away from home. Her father was born in Harrisburg and lived there until he was a young adult, and Hill spent summers in Harrisburg visiting her grandmother, aunts and uncles who still live in the area. The California native enjoyed the more relaxed pace of life in central Pennsylvania, and when it came time to decide on a college, Hill was drawn to the Capital City.

Financing her education would require some creativity, though. While Hill was in high school, her parents each worked multiple jobs to cover the high cost of living in southern California, and little was left over for college. She knew she would have to pay her own way through school, but she had a plan. She would cover her out-of-state tuition through loans and pay for living expenses through part-time work.

“I’ve never been afraid of hard work,” she said. “I don’t mind long hours or jobs that are not especially glamorous, as long as I know that my efforts are contributing to my larger goals.”

For most of her college career, this plan worked brilliantly. Each semester Hill balanced her studies with several part-time jobs that ranged from working as an events assistant with Penn State Harrisburg’s alumni relations office to selling makeup at Ulta Beauty. She kept living expenses low by sharing an apartment with friends and preparing meals at home. This balancing act was not easy, but it worked — that is, until her final semester. 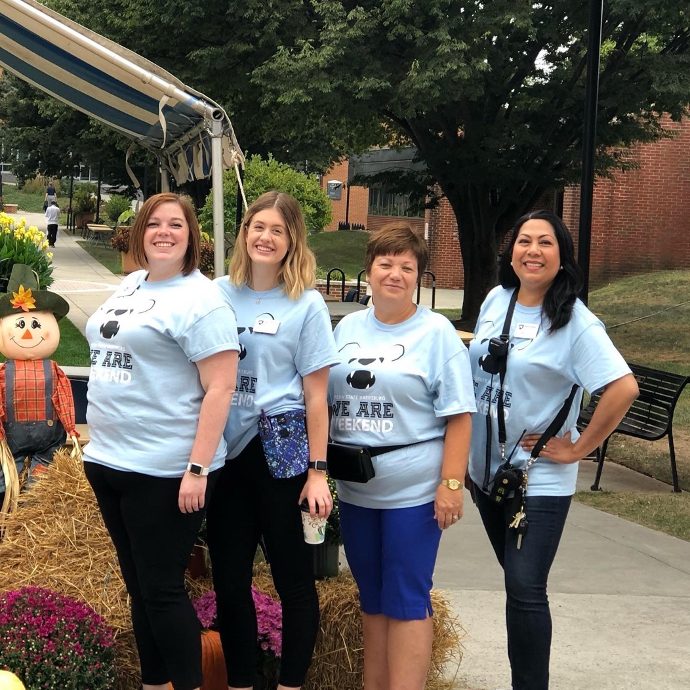 Hill’s degree program required her to spend her final semester in the classroom as a student teacher, gaining the hands-on experience she would need to run her own classroom. Her weekdays would be spent at school from early morning to late afternoon, and her evenings would be filled with lesson planning and grading. There would be no time left for part-time work, and thus no money for living expenses.

This is where Complete Penn State entered the picture. A staff member in Harrisburg’s alumni relations office, Jodi Grothe, the campus’ stewardship coordinator, recommended that Hill explore the program, and Hill submitted an application describing her predicament. A few weeks later, she was thrilled when she received a phone call indicating that she qualified for the maximum amount of financial aid, which would allow her to cover rent for the spring semester.

“After I received that call, I breathed a huge sigh of relief,” she said. “I always feel more comfortable when I have a solid plan in place, and this aid provided the missing piece.”

This support enabled Hill to live comfortably while focusing on her capstone academic experience, her semester of student teaching, this spring. She worked with 10th- and 12th-grade students in Dauphin County Technical School — in person at first, and then remotely after the coronavirus pandemic sent all Pennsylvanians to their homes. Since March, Hill has been sheltering-in-place with her parents, who now live in Tennessee, but rent for her Harrisburg apartment is still due at the beginning of the month. The funds she’s received from Complete Penn State have kept her afloat.

With her Penn State career now concluded, Hill has her sights set on earning her teaching certification and then securing a position teaching high school English in central Pennsylvania. As she looks ahead to the future, she’s excited by the prospect of making an impact through education.

“Teaching is definitely my passion,” she said. “I love being around students all day long – the hours are long, but they just fly by. I can’t wait to have a classroom of my own and to spend many, many more days with students.”

Complete Penn State is part of Achieve Penn State, an initiative which supports hard-working students and their families by helping them plan for their future by eliminating obstacles so they can graduate with lower debt and in less time. Achieve Penn State programs support students and families through institutional scholarships, summer school and on-campus employment, financial literacy and campus transitions to help students experience all that Penn State has to offer.