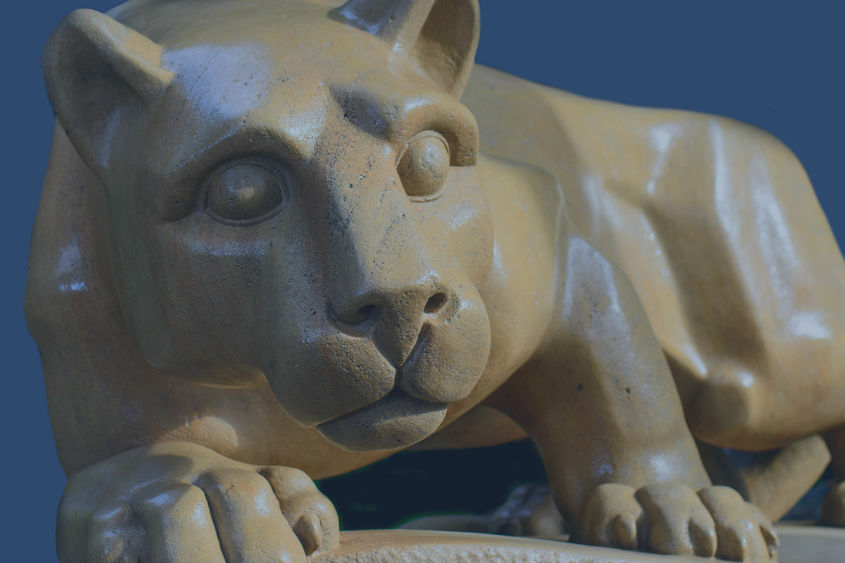 Brugger began his career at the campus in April 1995 and has served as the campus electrician since then. He has seen the campus transform from overhead high-voltage cabling to underground electricity. He is responsible for the maintenance and repair of the electrical systems and infrastructure on campus. He is a mentor who frequently shares his knowledge with others and puts campus and student needs first.

Chainey first came to Penn State Harrisburg in 1993 as a part-time employee in the Continuing Education office. She has held various administrative support positions over the years, eventually becoming the campus information technology operations manager. During this time, she also completed a master of professional studies degree in information sciences to complement her undergraduate degree. Her talents include extensive knowledge of Penn State account management, lab and residential computing, and collaboration tools. Her volunteer experience includes the Penn State Harrisburg Diversity and Educational Equity Committee and a leadership role in the Penn State Harrisburg Commission for Women.

Matinchek began employment at Penn State Harrisburg as a part-time custodial services employee with the Housing and Food Services office. In 1994, she was hired full-time as a maintenance worker with the Office of Physical Plant where she gained positions of increased responsibility. Currently, Matinchek ensures all event set-ups are accomplished in a timely manner at numerous campus locations. She works closely with fellow tech services personnel, faculty and staff to ensure outstanding customer service and timely job completion.

Roberts began her career with Penn State Harrisburg in November 1994 as a cook and eventually moved to the Office of Physical Plant as a janitorial worker. In 1999, she began working as the copy center operator where she operated two large production-sized copiers. “The success of the Penn State Harrisburg Copy Center is due to Linda’s dedication and commitment in serving the University’s students, staff and faculty,” said Linda DeMoranville, administrative support coordinator in Business Services.

Roberts passed away on Wednesday, April 8, 2020. A dedicated employee and a dear friend to many, she will be greatly missed.

Roth started with Penn State Harrisburg in 1994 as the group lead for grounds, where he coordinated the team’s activities. This led to him developing a level of ownership for the Penn State Harrisburg grounds and plantings about which he continues to be passionate. In 2013, Roth became the grounds supervisor, the position he holds today. In addition, he manages fleet, mail, and the athletic fields. He has an excellent understanding of the campus and what is required to keep the campus looking its best. He is a certified arborist, horticulturalist, and facilities professional.