Senior students in Penn State Harrisburg’s School of Science, Engineering and Technology showcased their creativity and innovation during the annual Capstone Design Conference, held May 3, 2019.

Senior students in the School of Science, Engineering and Technology are required to complete a capstone project, which combines classroom learning with real-life applications, and is the culmination of their educational experience. In addition, students often collaborate with industry sponsors on projects of interest to those businesses. More than 50 projects in various disciplines were on display at this year’s conference.

The conference is supported by an endowment created by TE Connectivity.

Outstanding student projects were recognized during the conference. 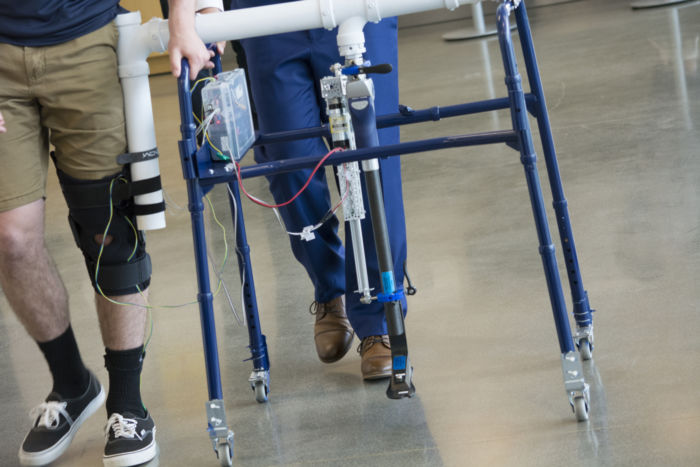 Awards were given to outstanding group projects based on the criteria of overall appearance and quality of display; overall professional appearance of presenters; effectiveness of display, support materials and experimental set-ups; project summary by the team or individual; interaction with visitors; and innovation. Each program had its own judges. 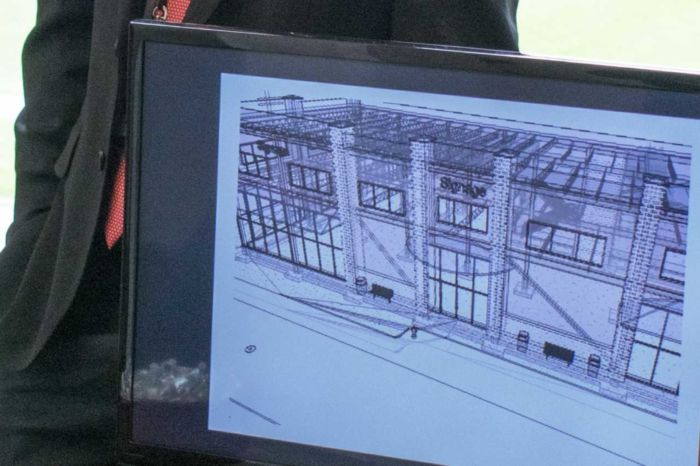 The James A. Andrews Memorial Award for Excellence in Capstone Design also was awarded. The $1,000 award recognizes and encourages students who best demonstrate interest, motivation and ability in identifying and solving an engineering problem that addresses a real-world concern. It is intended to honor students who couple creative approaches with practical ability to successfully resolve a situation.

The award was established by the family of James "Jim" Andrews, who was an alumnus of Penn State and worked as a senior field support engineer for Rockwell Automation in York, Pennsylvania, in admiration of Andrew’s flexible, can-do spirit. The winner of this award was chosen from among the first-place winners in each category.

Three retail buildings are being designed for Chocolate Avenue in Hershey, Pennsylvania. In the fall, students produced a structural layout, exterior shell, and preliminary construction schedule for the new building. In the spring, they designed the building’s structural components; a more detailed construction schedule; and assessed the cost, energy efficiency, and sustainability of their designs.

The James A. Andrews Memorial Award for Excellence in Capstone Design and Computer Science

HTML Forge is a web-based application that converts a Graphical User Interface (GUI) mockup into HTML5 code by leveraging the power of machine learning. The process of converting a GUI into code is time-consuming and prevents developers from allocating their time to more time-demanding issues. HTML Forge is designed to speed up workflow, and allows developers and students alike to speed up their web-development tasks by simplifying the process into a simple upload and convert button.

Students designed the Multigig Wafer Load Vision Inspection System to effectively and efficiently inspect assembled printed circuit board connectors. The goal is to increase the volume of custom-built connectors being inspected, while identifying incorrectly placed wafers assembled in the connector housing.

Current above-knee amputees face a significant tradeoff between cost and functionality of prosthetic solutions. Amputees struggle to find an affordable, modular and multifunctional prosthetic while progressing through various activity levels during the rehabilitation process. Students developed an electro-mechanical design that seamlessly attaches to a passive prosthetic for an improved gait cycle during rehabilitation. The students’ goal is to create a low cost, functionally safe solution to improve the patient’s quality of life.

School of Science, Engineering, and Technology