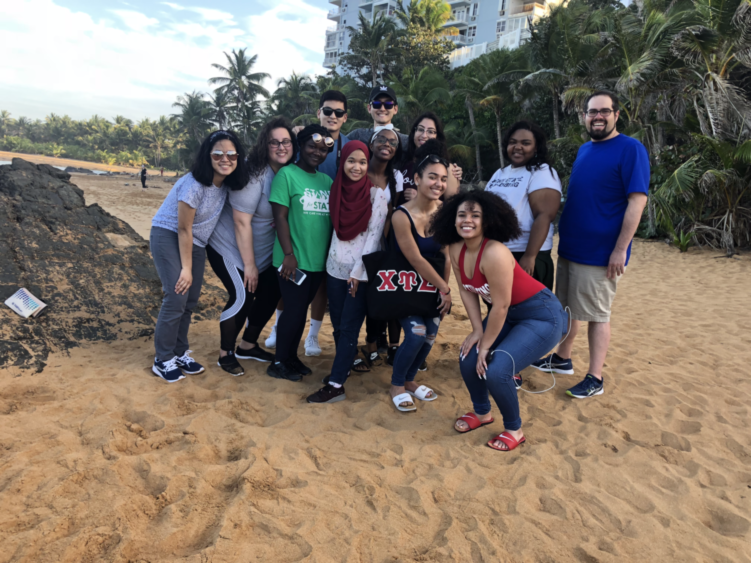 Ten Penn State Harrisburg students spent spring break in Puerto Rico for the college's second annual Alternative Spring Break. They were there to assist in the rebuilding efforts following the devastating effects of Hurricane Maria on the island.

HARRISBURG, Pa. — The lush greenery, turquoise waves and friendly communities of Puerto Rico greeted ten Penn State Harrisburg students at the beginning of Spring Break in March for the second annual Alternative Spring Break. Since Hurricane Maria, the third-costliest Atlantic hurricane, tore the island apart in late 2017, efforts to restore and rebuild Puerto Rico have persisted. This year’s group traveled to the island to aid in continuing relief efforts.

The Alternative Spring Break annually chooses a social issue for students to explore within the span of a week-long service opportunity. The trip offers students a chance to serve the community, learn about the natural world and environment, build life skills, and obtain a better understanding of complex social and cultural dynamics. Students are also able to build lifelong bonds with other students as they participate in group discussions and personal reflection. 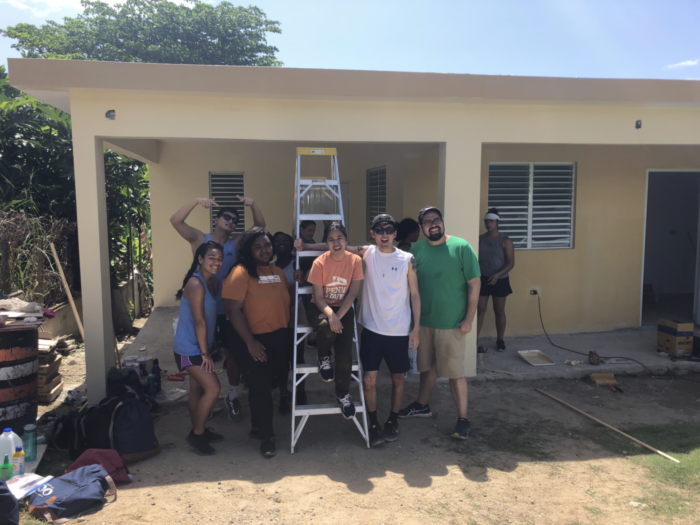 The group bonded during processing sessions and team building exercises, ensuring educational connections to the experiences.

Daniel Mercado, assistant director of the Lambert Undergraduate Advising Center at Penn State Harrisburg, was one of the staff leaders on the trip.

“Puerto Rico was chosen because of the effect Hurricane Maria had on the island. Even though the hurricane hit a year ago, the people of Puerto Rico are still very much rebuilding,” he said.

The Harrisburg students were joined by students from three other Penn State campuses: Behrend, New Kensington and Greater Allegheny. Prior to the trip, students had to take a 6-week prep course, which taught basic language, island history, culture and traditions, disaster relief and volunteering etiquette. 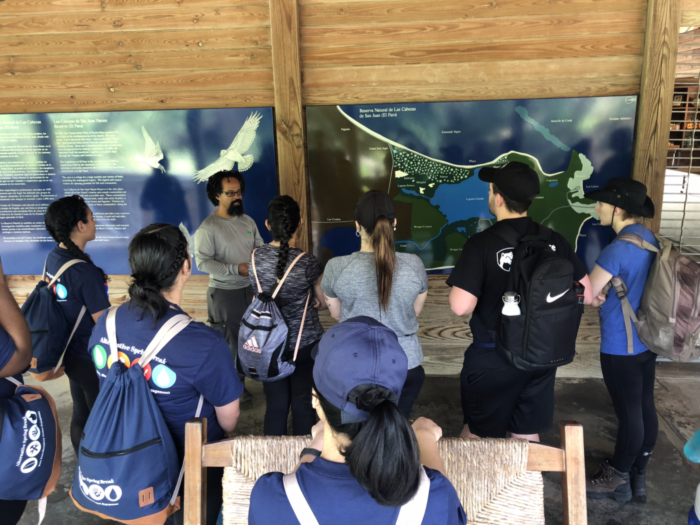 At Puerto Rico's Natural Reserve, students met with a biologist who gave them a tour of the rainforest and discussed the effects of Hurricane Maria.

The first day of service involved a visit to a natural reserve and a meeting with a biologist who gave a tour of the rainforest and discussed the effects of Hurricane Maria.

Students spent their week of service painting the new houses of Hurricane Maria survivors in Yabucoa, whose homes were rebuilt following the damage from the hurricane; assisting in the rebuilding of a school that was closed due to hurricane damage in Luquillo, where they helped with power washing, painting, debris and plant removal, and cleaning; visiting the Boys and Girls Club of Puerto Rico where they assisted in tutoring and recreational activities with the children; and scuba diving at Cayo Icacos with a marine biologist who took them to view the coral reef and the effects of Hurricane Maria on marine life. 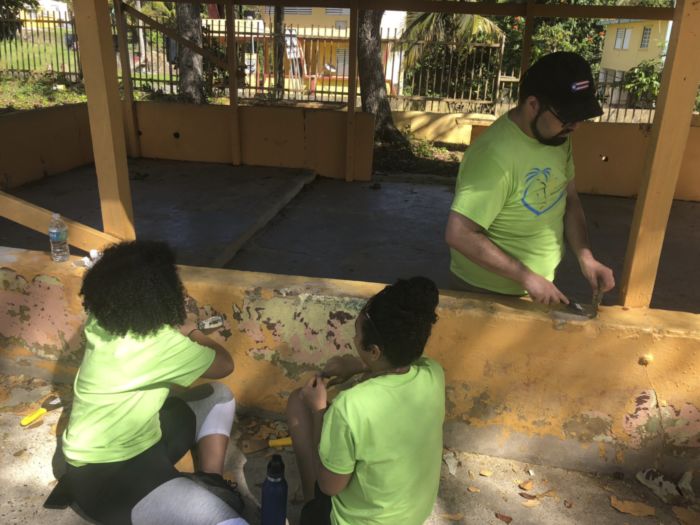 Students helped paint the new houses of hurricane survivors in Yabucoa, Puerto Rico, whose homes were rebuilt following the damage from the hurricane.

Each day consisted of group processing sessions, as well as team-building experiences to ensure educational connections to the experiences.

Tesi Washington, a senior who participated, said she enjoyed spending time at the Puerto Rico Boys and Girls Club.

“I loved talking with the kids and having them teach me dances from their dance team," said Washington. "I got to play volleyball even though I’m really bad at volleyball. It was the best day of the entire trip. I wish we would have spent more time with them.”

The experience also enriched Washington's college experience and furthered her career goals. She hopes to be a social entrepreneur and said that the volunteering opportunities available to her on the trip helped her develop a clearer sense of what she wanted her business to be. 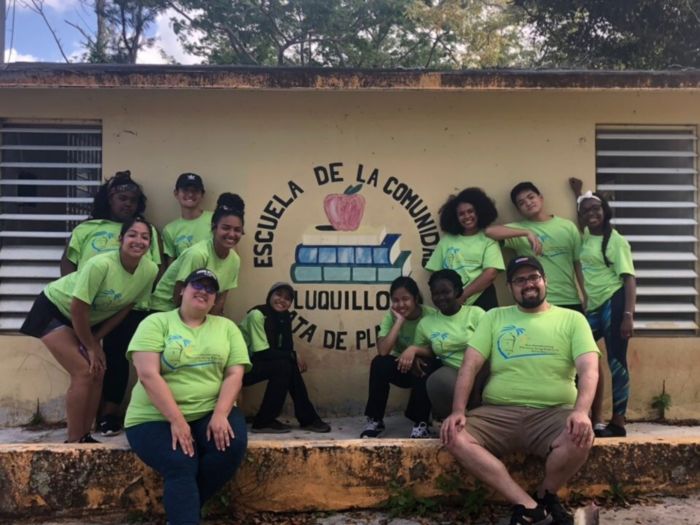 Students helped rebuild a school that was closed due to hurricane damage in Luquillo, Puerto Rico.