The Penn State Alumni Association, in conjunction with undergraduate and graduate governing bodies, established the award in 1988. It honors distinguished teaching and provides encouragement and incentive for excellence in teaching. Recipients are expected to share their talents and expertise with others throughout the University system during the year following the award presentation. 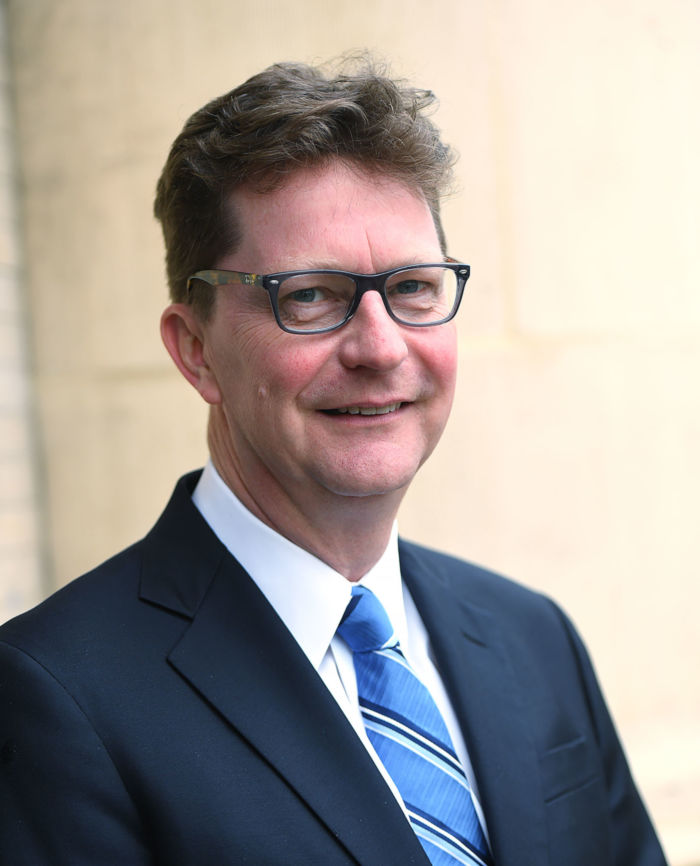 Affleck, who is director of the John Curley Center for Sports Journalism, is a veteran journalist who worked for more than two decades as a national manager in news and sports for the Associated Press (AP). He relies on his experiences outside the classroom to help students earn their professional experiences.

Affleck said he wants to develop students who think critically and communicate effectively, but he also drives them to use these skills in a professional setting. At the Curley Center, students tour the globe, covering sports on the international stage. His students have covered the Penn State Nittany Lions football game in Ireland for the Pennsylvania Newspaper Association (PNA), the Penn State baseball game in Cuba for PNA and the Rio Paralympics in 2016 for the AP.

In 2017, Affleck’s class created an award-winning sports documentary featuring European fans who love American football. The film, “Quiet Sundays,” was shot during 10 days in London, culminating around two NFL football games at Wembley Stadium. It premiered in 2018 at the Southampton International Film Festival and won several awards, including best editing in a documentary.

He gives a buzzer-beater win at a Penn State basketball game as an example. The journalist must work quickly to deliver a story that reflects the facts of the game: the score, the teams and the most important account of what happened.

“Why is this game different? Why should someone take a moment to look at their cell phone and read this story? If students can master the communication and analytical skills demanded by sports, they can write about elections or natural disasters or complicated legal cases,”

Students praised Affleck’s passion and patience, but also his dedication to immersing them in real-world experiences.

“There’s only so much journalism students can learn in the basement of the Carnegie building, where we are taught AP style, journalism ethics and reporting methods,” a nominator said. “But we cannot truly make it as journalists if we don’t know how to apply these skills on the job. That’s the beauty of the Curley Center and the brilliance of John Affleck.”

Affleck also serves as faculty adviser to the Penn State chapter of the Association for Women in Sports Media, which earned national student chapter of the year in 2017-18. 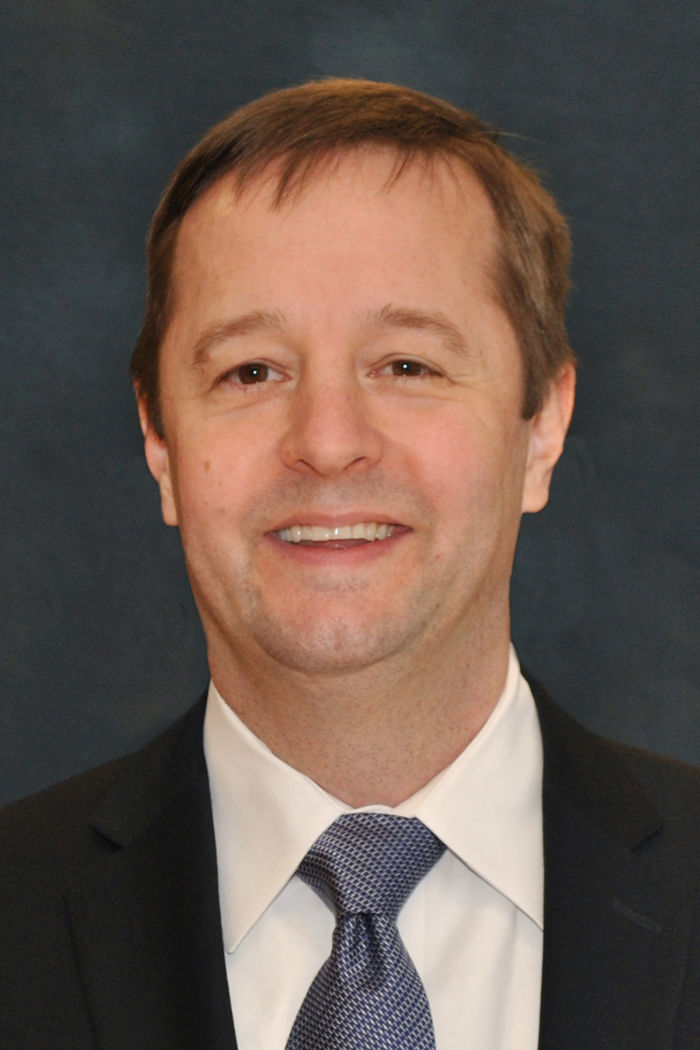 Blum is an associate professor in the Department of Computer and Mathematical Sciences at Penn State Harrisburg. Blum’s fundamental goal in teaching is to instill in all his students a passion for computer science, wonder at the way it is transforming the way we live, and the skills to contribute to the field in the future. He structures his classes so that he and his students “discover” key concepts together. He relates lessons to real-world scenarios and, rather than showing how to solve the problem, he encourages the classroom to brainstorm for solutions.

Students in Blum’s classes are motivated by exposure to a variety of activities including class competitions, live demonstrations, questions from technical interviews, and short video clips. Engaging classroom challenges push students to innovate, learn, and enjoy the process of problem-solving For example, in a course about data mining, students competed to create the best recipe classifier tool. In a course on computer security, they worked on cracking computer passwords. For summer enrichment, he supervised a team of students in developing an educational platform that uses games to teach computer science.

His live demonstrations can also captivate a crowd and introduce computer science topics to diverse audiences. One of these talks, “Information Theory, Jokes, and Logic Puzzles” was delivered as part of Pizza with a Professor organized by the Penn State Harrisburg ACM Student Chapter. Another, given at Harrisburg High School, was entitled “Liars, Barbers, and Infinite Loops: Paradoxes and the Limits of Computation.” Students said Blum is equally interested in their learning both inside and outside the classroom. He actively involves students in his research, by supporting students on funded projects and co-authoring peer-reviewed publications with them.  He has organized trips for students, including opportunities to attend the Cybertruck challenge, a weeklong, all expenses paid trip to Detroit where students learn to evaluate computer security of large truck platforms.

Students noted Blum is known for his humility and dedication. “Dr. Blum was always kind and respectful to students,” said one student.  “He understood the importance of treating students as equals in order to reach them as a lecturer.” Students also praised him for being readily available for guidance and help, even on weekends, and for “constantly striving to adjust the pacing and content of his classes to better meet student needs.”

For the past two years, Blum has led the Computer Science Day at the Penn State Harrisburg STEM Summer Enrichment Program to introduce new students to the field of computer science.

Blum’s research realm falls broadly in the area of computer security and the inter-disciplinary area of intelligent transportation systems with a focus on agent-based optimization of computationally intractable transportation network problems. 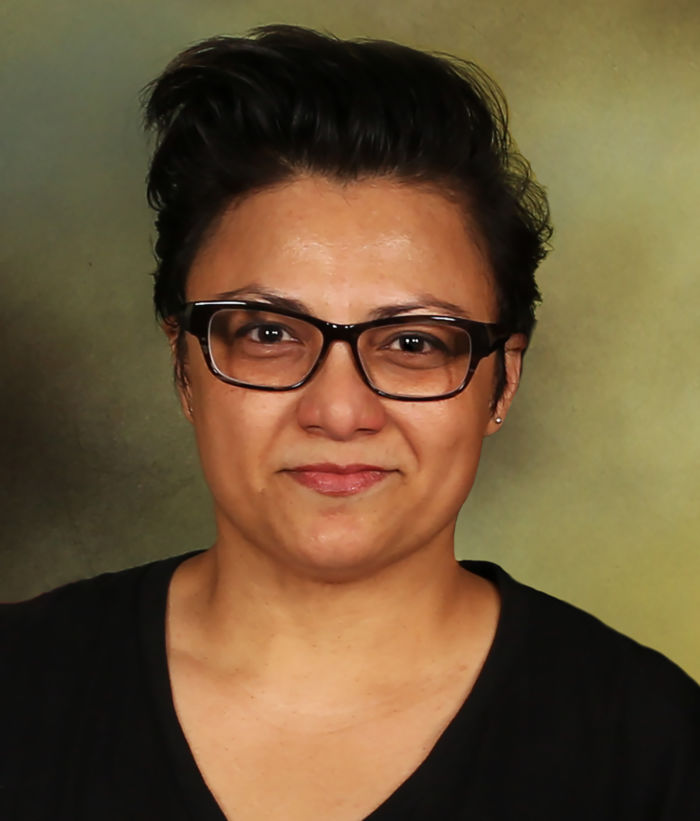 When she designs courses, she balances the strict guidelines that guarantee high academic standards with fluid strategies that create the best learning outcomes.

“There are different ways of learning,” Nicholas said. “As such, when I first develop a course or begin teaching a class, I always take a reflexive stance around the course of objectives. I evaluate the value of the course to the students as well as what is possible to achieve in the classroom both as a teacher and a student.”

Colleagues said Nicholas is excellent at teaching course lessons outside the classroom. She teaches intercultural communication over the sushi table. Her storytelling course comes to life during a trip to Salem, Massachusetts, at the site of the Salem Witch Trials. A course on research in comic book culture and community is conducted, in part, at the New York Comic Con.

“To say that she goes above and beyond for her students doesn’t even begin to cover it,” a colleague said. “She sacrifices her free time to create educational experiences for students that impact them for a lifetime.”

Students praised Nicholas’ unique approaches to teaching and for using nontraditional medium such as comic books to illustrate the powers of communication and interpretation.

“I’ve had the opportunity of studying ideas and storytelling, video games and food culture with Cheryl,” a student said. “Of course, the novelty of her classes draws you in, but even more alluring is how she gets her students to engage with the material outside of the classroom. Students visit the site of the Salem Witch Trials or learn about the traditions of Ethiopian culture and cuisine by talking to Ethiopian immigrants in Lancaster.”

Nicholas is an ethnographer who enjoys doing research in her homeland of Malaysia. Her research, which is grounded in language and social interaction, looks at how symbolic activity constitutes and is constituted by cultural worldviews.