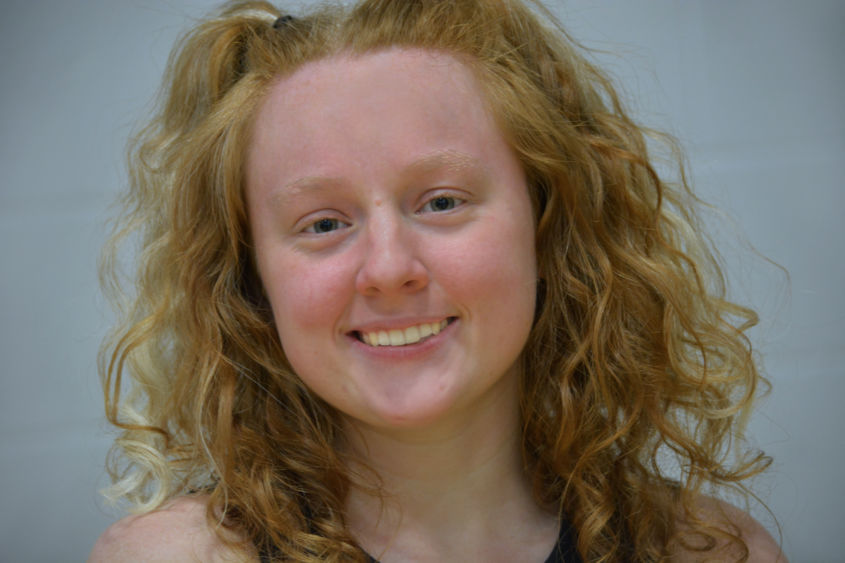 HARRISBURG, Pa. — Penn State Harrisburg’s School of Humanities recently announced the winners of the 2018 Academy of American Poets Prize, known as the Staff Sgt. Robert J. Miller Memorial Poetry Prize, as well as the eight additional submitters’ poems that have been chosen for publication in either the April Poetry Month issue of “The Burg,” Harrisburg, Pennsylvania’s free monthly newspaper, or “From the Fallout Shelter,” the college’s literary journal.

This year’s winner is freshman student Emily Dempsey, who is majoring in secondary education (with a concentration in English instruction) and minoring in creative writing. Her winning poem “Saturn Devours His Son” will be featured in an upcoming issue of “From the Fallout Shelter.” As part of her prize, Emily will receive a check for $100 and an award certificate from the Academy of American Poets.

The contest’s runner-up is sophomore Fatima Khan, who is double-majoring in English and biology (genetics and developmental biology concentration). Her poem “She Breathes” will also be published in “From the Fallout Shelter.” Khan’s poetry and photography have previously appeared in “Fission,” a special chapbook-length issue published by the editors of “From the Fallout Shelter.” To mark her accomplishment, she will also receive a certificate from the Academy of American Poets.

“The Academy of American Poets Prize is truly a writing prize to be proud of, with a long and storied history of literary lights as winners who went on to enjoy careers in writing, publishing, editing and teaching, to name only a few avenues,” said Eric Bliman, assistant teaching professor of English composition in the School of Humanities. “Poets with international reputations who have won similar prizes as undergrads include: Mark Doty, Louise Glück, Jorie Graham, Kimiko Hahn, Joy Harjo, Robert Hass, Li-Young Lee, Robert Pinsky, Sylvia Plath and Mark Strand. We extend our heartiest congratulations to both Emily and Fatima on their superb poems, and hope that their literary achievements keep rolling in.”

The judges also identified a number of other strong contest submissions that will be published in either “The Burg” or “From the Fallout Shelter.”

The poems that will be published in “The Burg” are: “Breakthrough” by Elizabeth Bell, “Shangri-La” by Rebecca Bestwick, “You Are…” by Joy Boettinger, “Rest Stop” by Julia Freidly, and “What it is to live” by Megan Jamnicky. The poems that will be published in “From the Fallout Shelter” are: “Here I Sit” by Mason Brandt, “Hurricane” by Austin Shay, and “The Stranger in the Mirror (Sestina)” by Kristina Stokes.