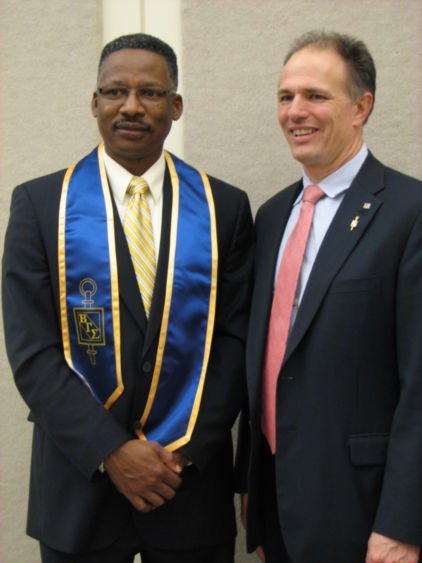 Forty-five students from Penn State Harrisburg’s School of Business Administration recently were inducted in Beta Gamma Sigma, an international honors society that recognizes students in the top 10 percent of baccalaureate and top 20 percent of graduate programs at schools accredited by the Association to Advance Collegiate Schools of Business International.

Previously, Scaer served as chief information officer of the Harrisburg-based Gannett Fleming, and president of GeoDecisions, a division of the international construction-management firm. He is a charter member of the American Society of Civil Engineers and a member of its Industry Leaders Council. He also serves on boards of Penn State’s Information Sciences and Technology program, the Technology Council of Central Pennsylvania, and the Harrisburg University of Science and Technology.