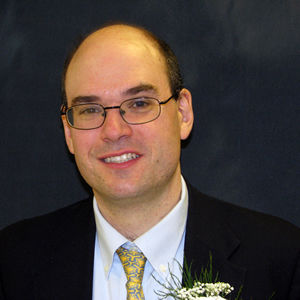 Assistant Professor of American Studies and Literature John Haddad recently returned from a two-day workshop at the Getty Research Institute in Los Angeles designed to explore and discuss its large and unique collection of Chinese photographs.

"The title of the workshop — Ti and Yong — provided the overarching framework for the discussion," Dr. Haddad reports. He continues, "After the Opium Wars of the mid-nineteenth century, the Qing Dynasty developed a strategy for dealing with the West called Ti and Yong. Ti refers to Chinese essence and Yong has to do with Western innovation.

"China’s idea was to use Western technologies and inventions — guns, naval vessels, machinery — to protect and preserve a traditional Chinese way of life. What we saw in the Getty collection was that Chinese and foreign photographers were transferring this basic idea into many of their photographs. They used a Western invention, the camera, to capture elements of traditional Chinese culture: festivals, rituals, religions, gardens, architecture, and the arts."

Dr. Haddad said the institute hopes to implement some of the ideas and suggestions generated by the group when it assembles an exhibit that will be open to the public in 2009. In addition to Haddad, scholar/researchers from the University of California at Berkeley, the University of Chicago, University of Leiden in the Netherlands, and the University of Hawaii were involved in the workshop.